Located between the Indian and Pacific Ocean, Australia is the world’s smallest continent and the world’s largest island. Australia bursts with a youthful and vibrant energy. It seizes the imagination with its laid-back cities, beautiful beaches and extraordinary landscapes. The place offers adventurous activities, indigenous culture and absorbing museums to its visitors. Here are ten places that should be on top of your list when visiting Australia.

Sydney is the main entry point in Australia. It is the capital of New South Wales. Sydney is defined by its scenic harbor. The city offers interesting tourist sites like the Darling Harbor, Opera House, museums, zoos and shopping malls. Visit the Sydney Tower to see the complete view of the city from the top. Even the Blue Mountains provide a beautiful view of the city. Party animals will have an amazing time in Sydney as the city has a rocking nightlife. Take a ferry ride to reach the famed Sydney Harbor Bridge or the iconic Opera House. 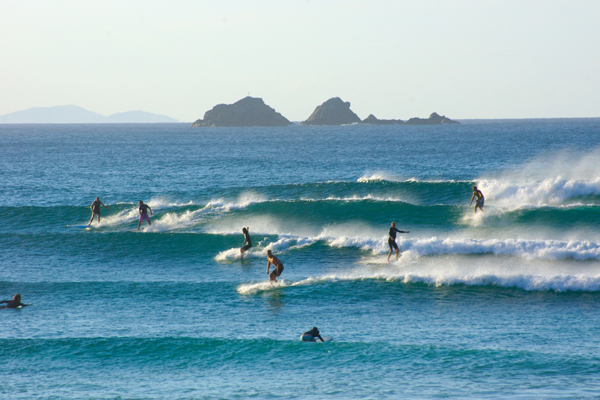 Byron Bay is a beachside town located in New South Whales. The place is popular not just with international tourists, but also with the locals. The Lighthouse of the Byron Bay is a must visit. It looks amazing at sunset. The bay also holds a series of music festivals that attract local and international musicians alike. In Byron Bay, you can indulge in activities like surfing, scuba diving, and canoeing. 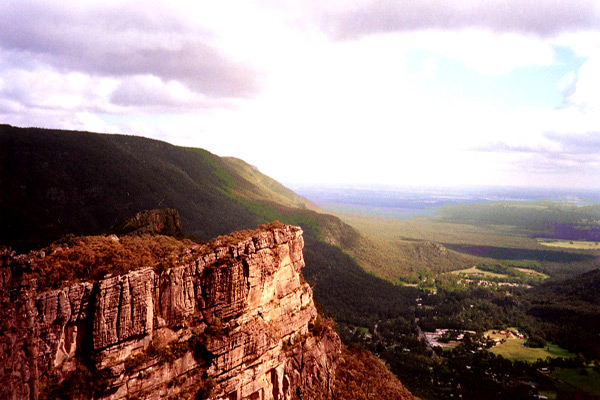 The Grampians National Park, commonly referred to as The Grampians, is a national park located in Victoria, Australia. The spectacular mountain ranges, beautiful sceneries, and colorful wildflowers have made it a popular tourist destination. The park is home to a series of low angled sandstones and amazing hikes. It is also one of the richest indigenous rock art sites in Australia. You will feel the magic of indigenous legends in the land around you. The park is also significant for its native fauna and flora. The place is perfect for outdoor activities like camping, photography, bushwalking, and fishing.

The Great Barrier Reef is one of the top destinations for scuba divers and underwater explorers. It is the longest reef in the world, stretching for approximately 2300 kilometers. The reef was formed by millions of living organisms over a period of years.  It is home to several unique animals and plant species. It is recommended to take 2 or 3 days sailing trip around this area. The experience at The Great Barrier Reef will stay with you for the rest of your life. 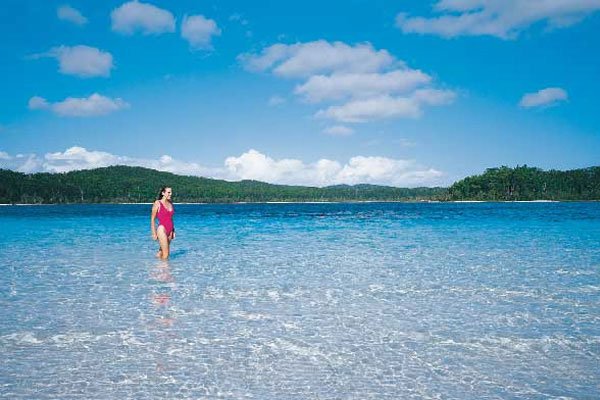 The Frazer Island is a heritage-listed island in Queensland, Australia. It is renowned for being the largest sand island in the world. Frazer Island is one of the most sought after tourist destination in Australia, with its rainforest, freshwater lakes, and gorgeous beaches. The island is home to a wide range of mammals, birds, reptiles, and amphibians. Frazer Island is accessible only by tours driving on the sand and 4 wheelers. If you want, you can also visit Noosa, a small town on the way to the Frazer Island. 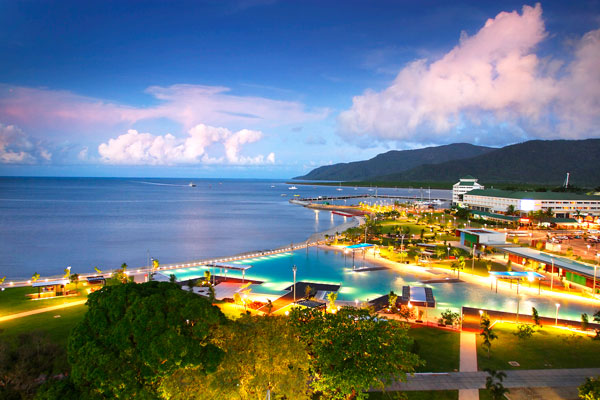 Cairns is a small city in Australia well known for its easygoing ambiance, tropical climate and proximity to the Great Barrier Reef.  It is located on the northwestern corner of Australia. This place has come a long way from an ugly swamp and rollicking Goldfields port. This provincial and stylish coastal region features wildlife diversity and beautiful landscapes. Take a ride on the cable car over the rainforest to get unique views of the region. You can also take a stroll and watch the forest and waterfalls closely.  Daintree National Park is another place that you can visit in Cairns. The place is also awash with cafes, eateries and nightclubs to keep you entertained. 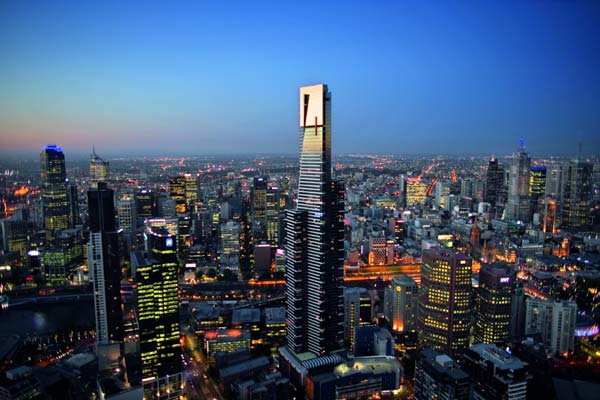 Melbourne, the capital city of Victoria, is the second most populous city of Australia. The city is both dynamic and cosmopolitan.  There is the certain coolness about Melbourne’s bars, restaurants, cafes and about the people.It is the best destination for tourists who appreciate the good life.  This city is considered the nation’s cultural capital for its multi-cuisine restaurants, heritage buildings, and sports venues. If you like sports, do not miss the Australian open, an annual competition that brings an unparalleled enthusiasm in the city. Do not forget to witness the penguin parade on the Philip Island. 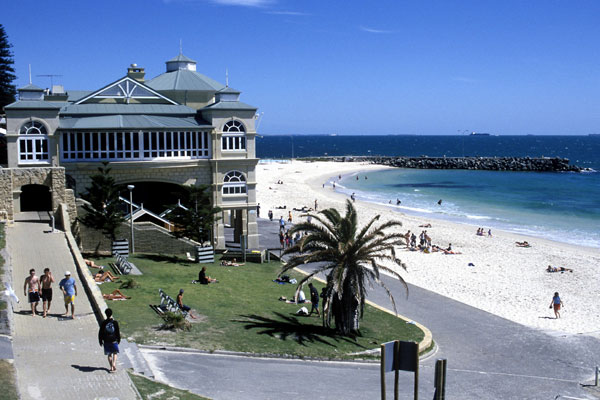 Perth is the  fourth largest city in Australia. It lies in the sweep of the Swan River. The city is inhabited by nearly 2 million of fun loving people.Being located isolated from other major cities, Perth has developed its unique character. The city has a youthful atmosphere. Perth boasts of public sculpture, cafes, and ostentatious houses. It also has sophisticated restaurants, myriad bars, and cultural activities, all vying for attention. You can head to Perth’s parkland, river or beaches to chill out. Perth also has a good transport system that allows its inhabitants to visit the places of interests.

Brisbane is the capital city of Queensland and the third largest city in Australia. Its spectacular scenery all year round climate and pleasant locals have made it a popular tourist destination in Australia. This humble city has modest skyline, quaint neighborhood, and friendly people. Brisbane is also the best place to get acquainted with the Australian culture. The city allures its visitors with its world-class museums, cafes and old Queenslander houses. The other places of attractions include Kangaroo Point, Hilltop Paddington, and New Farm. 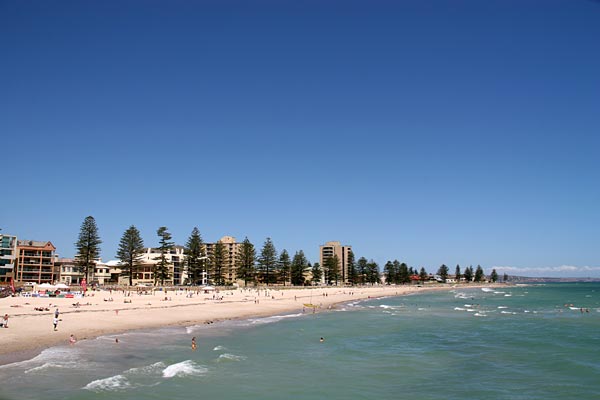 Adelaide is the fifth largest city in South Australia. Fondly known as the City of Churches, Adelaide is located on a plain between the Gulf St Vincent and Adelaide Hills. The city is bordered by many wineries of Australia. The city has retained much of its architecture from the colonial area.

It would be nearly impossible to explore the entire country in a single trip. You will need to visit the place again and again to unfold its beauty. Hope you find our article useful.