Are you planning to explore the Middle East for your  vacation? Then Jordan can be the ideal destination for you.

Jordan is a country of mountains, castles, beaches, ancient culture and ancient churches. It is in Jordan that you will find ruined Roman cities and other powerful biblical sites. Did you know that Jesus was baptized in Jordan? Also, the mountain where Moses stood and cast his eyes on the  Promised Land  is also found in Jordan.

Jordan is not just about the historical sites. Its capital Amman is a culturally diverse city, light-years away from the clichés of Middle Eastern exoticism.  Jordan also offers incredibly varied backdrops ranging from brilliant blues of the Gulf of Aqaba to the red desert sands of Wadi Rum.

Whether you want to explore the city of Petra or relax by the Dead Sea, to help you make this tricky decision, we have rounded up 10 of the best places to visit in Jordan. 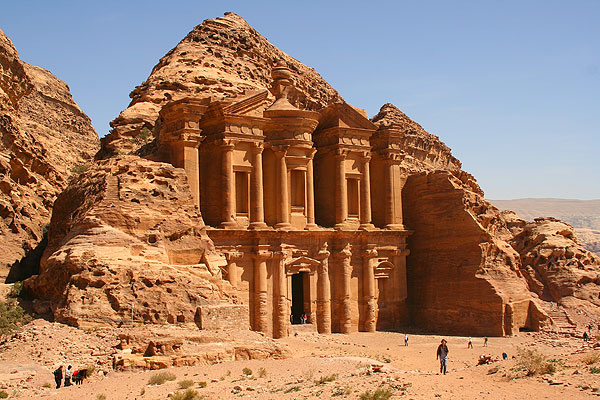 Nestled in a valley surrounded by Jordan’s rugged mountains, Petra was abandoned for over hundreds of years. It was rediscovered in the 1800, only to become the leading tourist attraction of Jordan. Petra is one of the most popular archeological sites of the world. The grand tombs, extraordinary colored rocks, and elegantly carved facades are the most impressive treasures of Petra. To reach Petra, you need to walk through the 1.2-kilometer gorge, known as the Siq. Here you will see an incredible façade of Al Khazneh, the Treasury. The Treasury is the most coveted monument in Petra. It was voted as one of the New Seven Wonders of the World. It served as the royal tomb in the past. The architecture of the monument is influenced from the ancient Alexandria. The other imposing monument is Ad Deir, a monastery perched above the city in the Petra Hills. 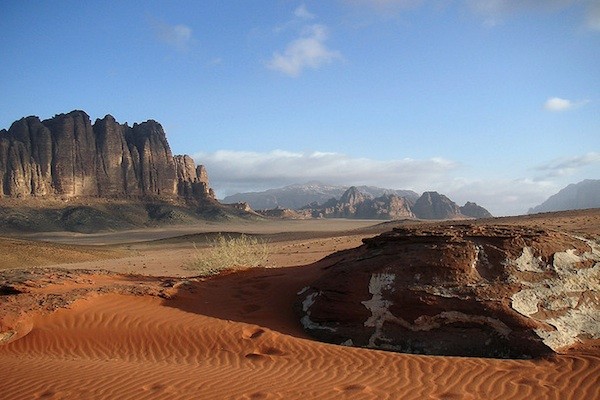 Wadi Rum is a key tourist attraction of Jordan. It is a valley shaped from the sandstone and granite in the southwest area of Jordan. Wadi Rum is the largest valley in Jordan. The name Rum comes from an Aramaic word, which means ‘elevated’. The desert expanse of Wadi Rum is famed as the location for Lawrence of Arabia’s exploits. Many of the Hollywood films have been filmed here.  Wadi Rum is a place of towering sandstone outcrops, rounded summits and unusual geological formations like the rocky bridges. The canyons, bearing Thamudic inscriptions dating back two millennia, provide respite from the powerful sun. You can organize your stay in a fixed camp, or a mobile camping trip lasting several nights. 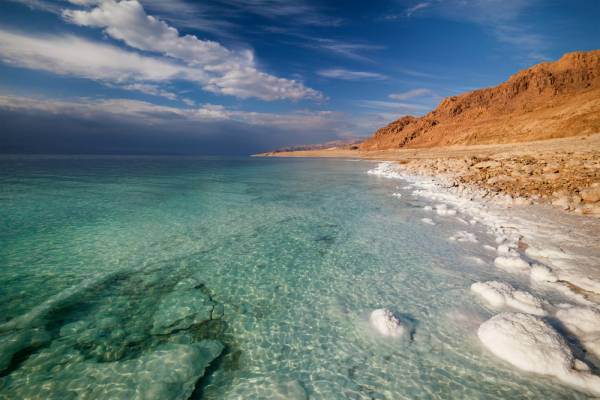 The Dead Sea, also known as the Sea of Salt, is a fascinating natural phenomenon. Situated on the West Bank of Jordan and Israel, the lake is 1385 feet below sea level. Deep Sea is the deepest hypersaline lake in the world as it is  1240 feet deep. Because of its high saline content, vegetation’s and fishes cannot thrive in it, hence the name Dead Sea. The Dead Sea has been attracting tourists for thousands of years. The salt from the sea is used to make herbal face packs and cosmetics. Also, the water looks extraordinarily beautiful with its crystalline formations. Swimming in the Dead Sea will give you an amazing experience. The high salt content makes it impossible to swim in or sink, so you will just float around like a cork. 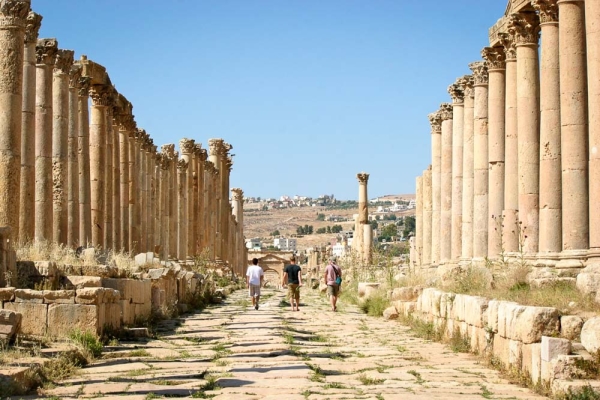 Jerash, also known as the ‘Pompeii of Asia’ is one of the best-preserved Roman cities in Jordan. It is located 48 kilometers on the northern side of Amman. Even today, its structures, squares, fountains, and baths are in good condition. Here you will find extensive wheel rutted streets, the enormous Triumphal Arch, complete theaters and a Hippodrome. Spring is the best time to travel to Jerash, as the climate is amazing and the wild flowers bloom, giving a nice vibe to its visitors. The top attractions of Jerash are the Hadrian’s Arch, the South Theatre and the North Theater, the Corinthian Column, and many other well-preserved buildings. 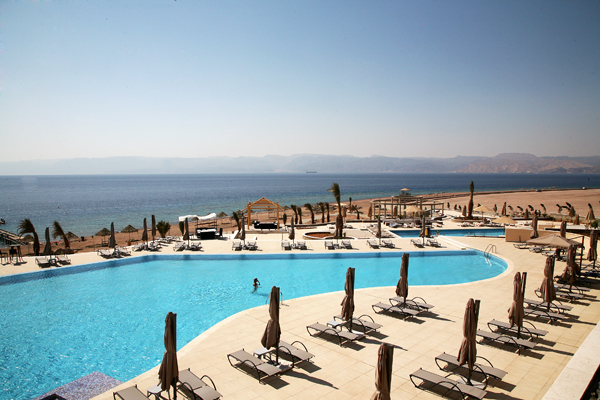 Situated on the tip of the Red Sea, Aqaba is Jordan’s only real beach resort. Aqaba is renowned for its clear waters, sandy beaches, colorful reefs and marine life. You can visit the offshore reefs by boat excursions. It is a great place for diving, swimming, snorkeling and water skiing. Aqaba boasts of sites like the world’s oldest church dating to 3rd century, Mamluk Fort and the remains of the walled city of Ayla. 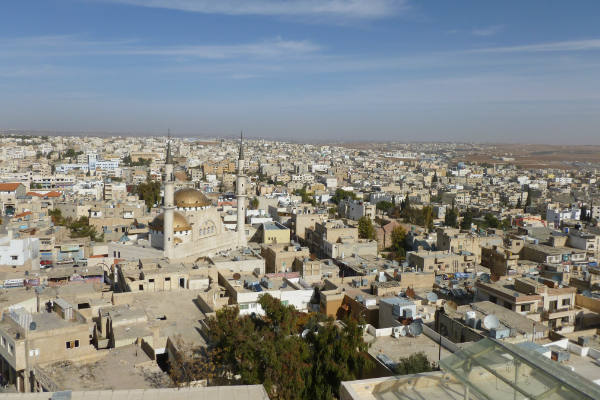 Madaba is a bustling Ottoman period town noted for its Byzantine mosaics. Even though Jordan is an Islamic nation, Madaba has a vibrant Christian heritage. The town of Madaba has both Muslims and Christians living peacefully. The archeological park preserves a number of recently discovered masterpieces like the Hippolytus Hall and the mosaics from the Church of the Virgin. The Church of Apostles in Madaba contains the Personification of the Sea mosaic. 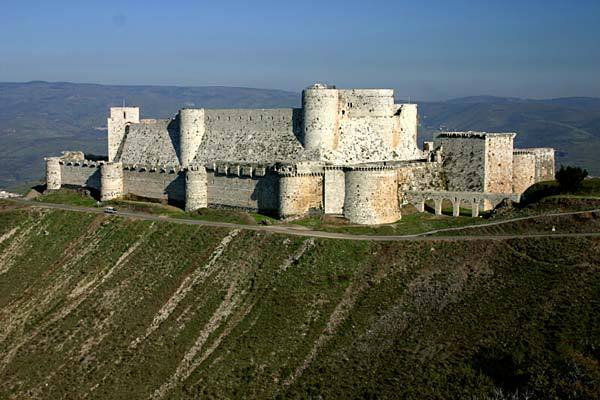 Kerak is another popular tourist destination of Jordan. It is located 1000 meters above the Dead Sea Valley. Because of its location, Kerak is counted as an important asset of Jordan.  The city has been a proud seat of many rich civilizations. It was known under various names like Qir Moab, Qir Heres, and Herseth. The city reaches the height of luxury under the Crusaders. The city is famed for its Castle. The architecture of the Castle is influenced by European and Arab styles. In order to get to Kerak, you may need to take either the King’s Highway or the Desert Highway. If you want to enjoy a spectacular view of Jordan, then you must take the King’s Highway route. 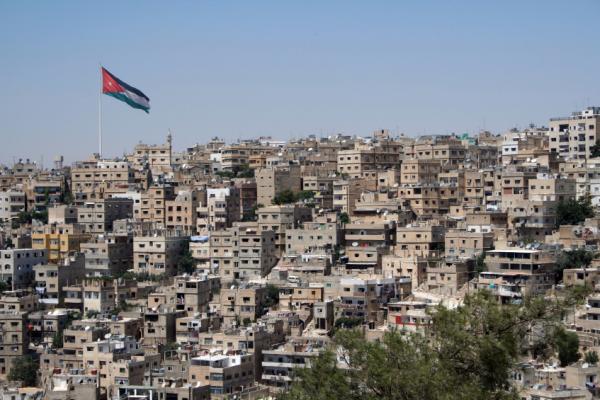 Amman, the capital of Jordan, is a bustling urban city of Jordan. It ranks third in terms of population. It is the place where traditional meets the modern. The star attraction of Amman is the Roman amphitheater. If you want to travel to a peaceful place in Jordan, then head to Sweimah, a small village in Amman. There is no other place quieter and more peaceful than Sweimah. It is a small town with a population of not more than 2000 to 5000. 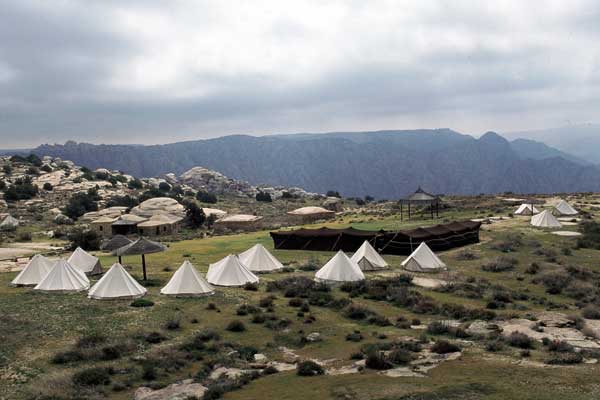 Dana Nature Reserve is the largest nature reserve in Jordan. It is home to jaw dropping landscapes and a wide range of wildlife. It sweeps down a series of mountain ridges. Dana Nature Reserve includes four different bio-geographical zones of the country. Hence it is the most diverse nature reserve in terms of habitats and species. You will find more than 800 species of plants here. It is also home to globally threatened species of mammals and birds.

Ma’an is a city found in southern Jordan. It is located 218 kilometers from Amman. The Ma’an Governorate is the largest kingdom of Jordan. It was the Arab capital in 1920 before Amman. It plays the role of a transport hub located along the modern Desert Highway and King’s Highway. If you want to witness history through ancient architecture, then Ma’an is the place to go. Ma’an is home to plenty of historic sites. Some of the important structures of Ma’an are the Treasury, the Royal Tombs and the Monastery. You will also find the Roman Theater and the High Place of Sacrifice here.  Ma’an also holds Biblical significance. It used to be the pilgrimage road to Mecca.

These are the most spectacular sights in Jordon. The people of Jordan are also very warm and welcoming. So we’re that you’ll have a gala time in Jordan. If you have any suggestion or feedback, then please leave a comment below.