The Middle East has many countries that are worth visiting despite most of them being involved in wars. Out of all these countries, Lebanon is the most captivating. It offers a modern Arab experience, together with a carefully preserved history.

Words cannot describe the beauty of Lebanon. The country has beaches, nature and hundreds of wonderful attractions. Its landscape transforms according to the variations in season. The place is also famous for its heritage buildings. Besides, interesting history and hospitable culture, Lebanon is opposite of what most of you would think of . It has ski resorts, great shopping destinations, exciting nightlife and many manicure and pedicure salons.

Lebanon has some beautiful and exciting places to discover. Here is our roundup of 10 incredible places to visit in Lebanon. 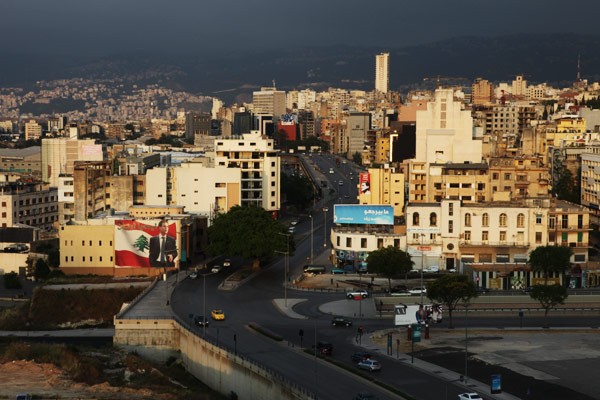 Beirut, the capital of Lebanon, is one of the most vibrant and fascinating cities in the country. Once known as the Paris of the East, Beirut has everything that you would wish for in a cosmopolitan city. Though Beirut has more of concrete apartments and shopping mall, its historical sites are still well preserved. The top historical attraction of the place includes the Roman Baths, The Garden of Forgiveness  and the Mohammad Al-Amin Mosque. The other great attractions include the legendary Nejmeh Square and Castle Square. The National Museum of the city houses a superb collection of antiquities.  The center district of the city houses hundreds of modern showroom for you to explore. Here you will find great entertainment options, excellent nightclubs, and amazing restaurants. Try to take a dinner at Leila when in Beirut. You will not get disappointed. 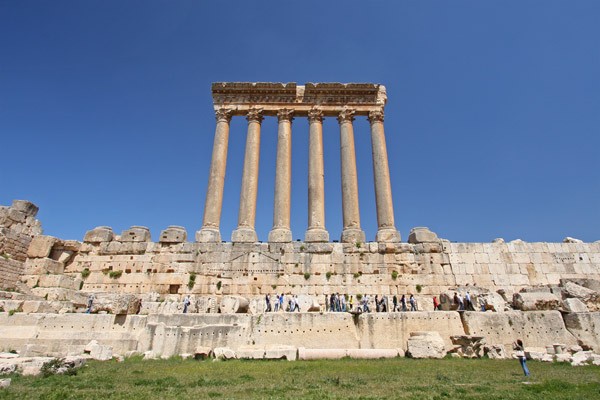 The UNESCO-listed Baalbek is considered to the one of the most important Roman sites in the world. During the Phoenician period, the city was an agricultural village used to worship fertility gods. With the arrival of Roman, Baalbek was converted to a pagan center of worship. Soon, the massive Temple of Jupiter was made here, dedicated to the triad of Jupiter, Mercury and Venus. The temple eventually became the largest ever temple built by the Roman Empire. To the south, you will find the Temple of Bacchus, one of the most beautifully crafted Roman temples. Temple of Venus is also a popular site here. The temple is larger than the Parthenon. Every year in summer, the place organizes the Baalbek International Festival with artists from all across the world. 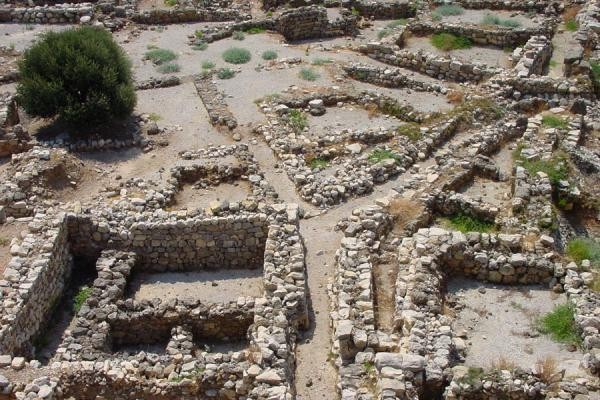 Byblos is famed for being one of the oldest inhabited cities in the region. It was known as Jbail in the past. The place is steeped in history. The history of this fishing town goes back over 7000 years. Currently, it is a fishing harbor lined with superb restaurants. There are beautifully restored cobbled lanes filled with cafes and small souvenir stalls.  Just a stroll across the city will take you past the beautifully preserved streets and stone houses, which are still in use. The top attraction of this place is the ruins of the Crusader Castle. Byblos is also famous for its seafood. So do not forget to have a sumptuous meal here.  Have a lunch at Bab-El-Mina while having wonderful views of the port. 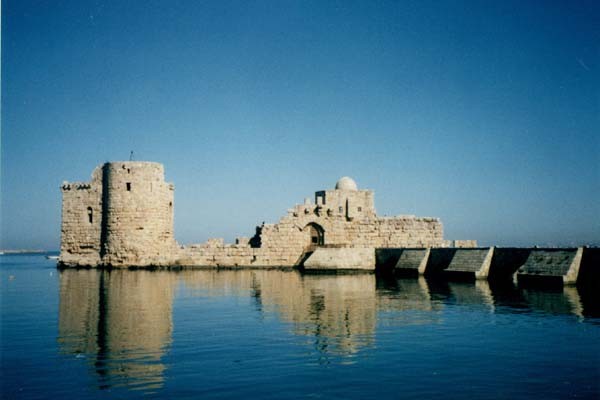 Sidon is the third-largest city in Lebanon. The place offers a great look into the Middle Eastern way of life. It was earlier a fishing villag, but has now flourished to become a regional hub of commerce.  It was once a great Phoenician city, though today, just a little of the ancient city survives. The city of Sidon is noted for its attractive Sidon Sea Castle. The castle gives a panoramic view of stretching back to wars the port. Khan el-Franj  is also a popular place of attraction. The Temple of Eshmun is one of the best-preserved Phoenician sites of Lebanon. Also, visit the soap museum to buy authentic olive oil soap for your friends and relatives back home. 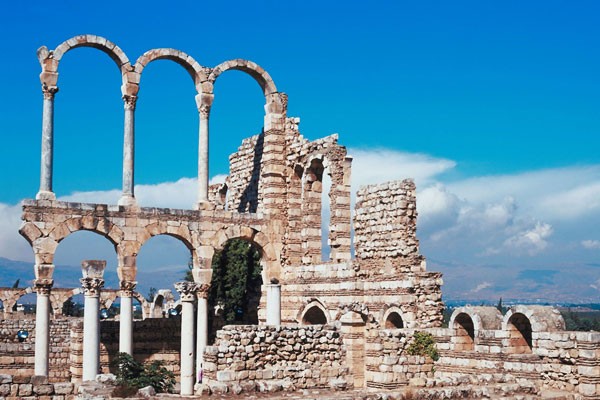 Built on the mountains located 45 kilometers from Beirut, the Beiteddine Palace is an excellent tourist spot of Lebanon. It was built on the commission of Emir Bashir II, the Ottoman governor of Lebanon over the span of 30 years. Beiteddine is the best example of the Middle Eastern architecture. The castle features three main courtyards, all-marble bath complex, and lavishly decorated rooms. It is also fondly referred to as the ‘Alhambra of Lebanon’. Though much of the Beiteddine is open for public viewing, some portions of the palace are still privately occupied. It currently acts as  the summer residence of the Lebanon’s President. 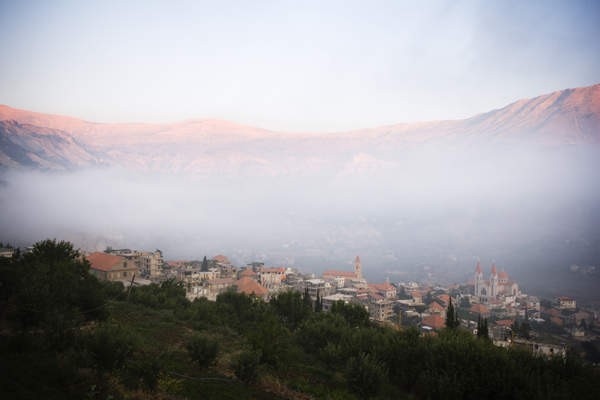 The long and narrow gorge of the Qadisha valley is a site of great natural beauty. It stretches over miles of rugged terrain riddled with shallow caves. This UNESCO World Heritage Site has been the place of worship and recluse since ages. The place is home to several monasteries. Here you will find the Qannoubin Monastery, the oldest of the four Maronite houses of worship. You must also take the tour of the first printing press that graced the Middle East. Qadisha Valley is a great place to go hiking during the summers and skiing during the winters. Qadisha Valley is also the resting place of Khalil Gibran, a renowned author. 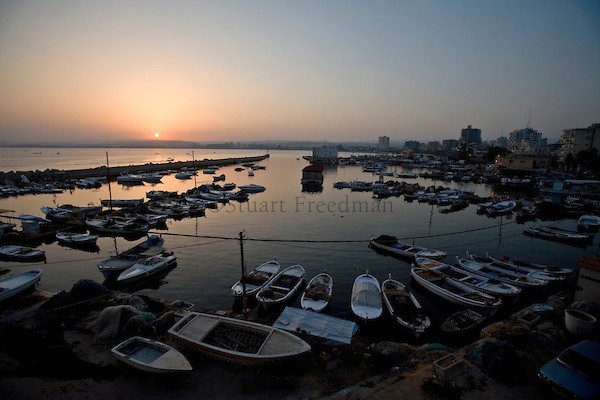 Tyre, located in southern Lebanon is a busy port city of Lebanon. It was a great trading center of the ancient times. Today, it is famous for its ancient ruins, Hippodrome and harbor dating back to 2750 BC. Tyre is famed for having the cleanest beaches of Lebanon. It is also known for its authenticity of souks. The Monumental Arch is one of the most notable ruins of the places. It once served as the entrance to the city. The city is also occupied with the trade industry. Here you will find several merchants selling various kinds of goods as potteries, textiles, gold jewelry and carpets. The Tyre Harbor and the Roman Hippodrome  are the best attractions of this city. 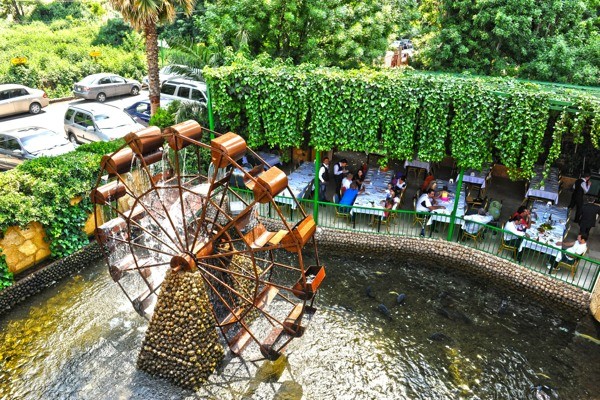 The city of Anjar will make will a perfect summer retreat for you. It  was built by the Umayyad dynasty in the 8th century and flourished well for a number of decades. The ruins of the city are designated the World Heritage status by the UNESCO as it preserves a snapshot of the life during the Umayyad dynasty. Khalid Ibn al-Walid is the most significant monument of the place. Although, there is no accommodation available in Anjar, you will find lodging in the nearby town of Chtaura. 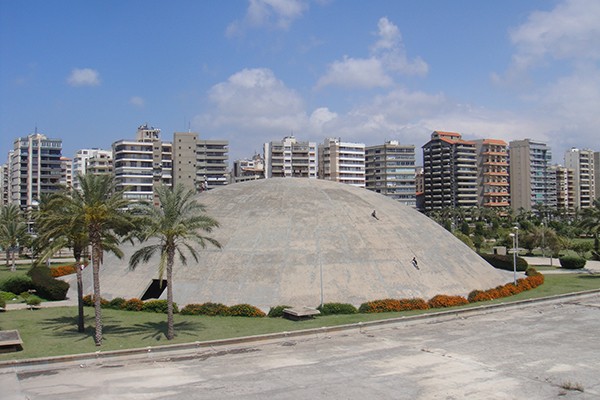 Tripoli is an old city in the north of Lebanon. It is the second capital and one of the most atmospheric places in Lebanon. The place comprises of two main areas- the proper city and the old city.  It is surrounded by the Mamluk period buildings dating from the 14the and 15th centuries. While walking through the winding alleys, you will feel that you have been transported back in time to the Middle Ages. The city is also dominated by the Citadel of Raymond Saint-Gilles. The citadel towers over numerous mosques and madrasas. The place is also blessed with some fine examples of the Crusader and Ottoman-era architecture. 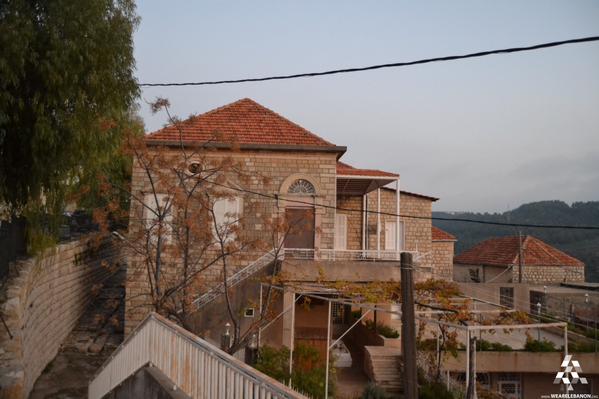 Deir al-Qamar, meaning the “Monastery of the Moon” is a picturesque Maronite village of Lebanon. The UNESCO World Heritage site is known for its beautiful houses with red roofs. The town once served as the capital of the country for 300 years. It is the hometown of several historical figures of Lebanon like Camille Allam, Fouad Ephrem Boustany, Emir Fakkerdine and Emir Bashir Shihab.

The country may be laid back, but it is a fun place to visit. It does not have the restrictions like most of the Middle Eastern countries have.

Lebanon is a great holiday destination only if you follow some security rules. Lebanon is a small and compact country. So you can hire a car to explore the different sites and regions.

It is important to note that the Foreign and Commonwealth Office of the country prohibit areas of Lebanon. These areas include the refugee camps of Palestinian, Bekaa Valley, Saida and South of the Litani River. So keep a note of those places before visiting Lebanon.

Have you ever been to Lebanon? What are your favorite places to visit there?