Melbourne, also known as the “World’s Most Livable City “is a city of four Cs- coffee, color, culture and contrasts. It is widely regarded as the best all-around city, not only in Australia, but also in the world. Melbourne is visited by more than 60 millions of people every year. The city is home to great music, nightlife, restaurants and theater. It has a certain sophistication that cannot be seen in any other Australian cities. Despite being an urban metropolis, Melbourne has a small town feel, with its quality dining and plenty of historic architecture.

Melbourne has some to keep every visitor happy. It is home to a number of man-made and natural attractions. This list has shortlisted ten of the best places to visit in Melbourne. 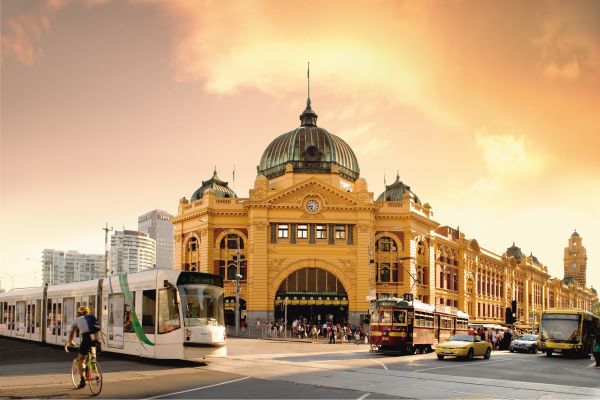 Melbourne City Circle Tram is one of the highlights of Melbourne. It is more of a boon than a mode of transportation for Melbourne visitors. It is one of the most convenient ways to view the landmarks of the city from one point to the next.  The tram operates daily along the city, passing a number of Melbourne attractions. The trams have a vintage, old-school charm that adds to the authenticity of the ride. The best part about this tram ride is that it is completely free. You also get a running commentary on the places of interest along the route. You can get off the tram at any of its stops. The tram is accessible from 10 am to 6 pm from Sunday to Wednesday. 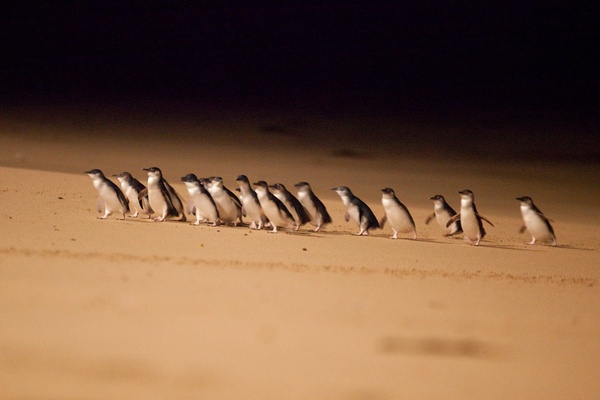 The Penguin Parade is the most popular attraction of Australia. It is home to the largest Penguin colony in the world. Every evening, thousands of little penguins emerge from the sea and walk across the beach to their sand dune burrows. You can also witness the spectacular coastal sceneries from the Penguin Parade. Watching the little penguins waddle across the beach to their burrows will be a highlight of your entire trip to Melbourne. The main penguin viewing area is the Summerland Beach, which provides a 180-degree elevated viewing of the penguins on parade. You can also enjoy the views of Little Penguins around their burrows from timber boardwalks. 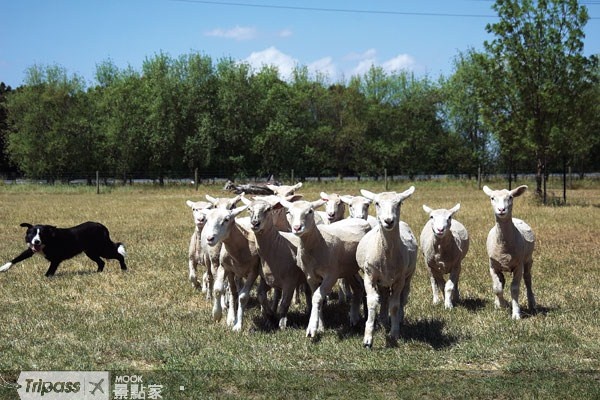 Warrook Cattle Farm is a premier working farm of Melbourne. It is located on the way to the Philip Island, just one-hour drive from Melbourne. You can spend some amazing time with farm animals like cattle, wombat, sheep and birds. You can experience a real country life on the farm by seeing how a farmer family lives and handles animals.  Do not forget to feed the animals with your own hand.  The Warrook Cattle Farm also serves delicious pies. You can also wander through the wildlife park amongst the kangaroos and water birds. The old-fashioned hospitality of the farmers will also sweep you off your feet. 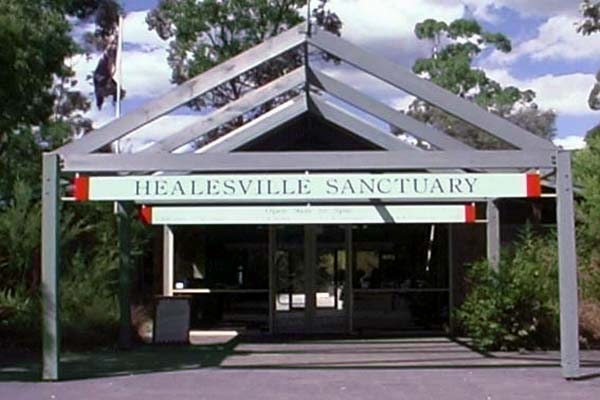 Healesville Sanctuary is the zoo that offers Australian wildlife experience to its visitors. It is located in the Yarra Valley, a grape-growing region. It is home to over 200 species of Australian wildlife animals like koala, emu, Tasmanian devil, eagles and platypus. You can also attend the daily ‘Meet the Keeper’ sessions to learn how to care for the animals from the experts. Do not forget to catch the beautiful ‘Birds of Prey’ presentation, starring the wedge-tailed eagle and the peregrine as they dive from the top of a gum tree. The sanctuary also assists with the breeding of the endangered species Helmeted Honeyeater. 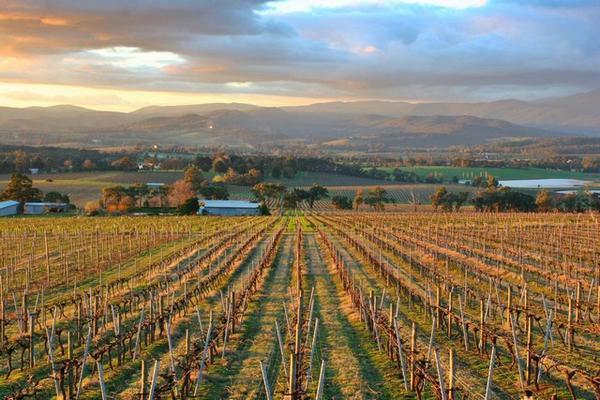 The Yarra Valley is recognized for its cool climate wineries located in the valley floor. The place is surrounded by the beautiful Great Dividing Ranges. The wines of Yarra Valley are diverse, primarily because if the variation in the altitude throughout the district. There are around 55 winners with 40 cellar-door tastings and sales. The warmer wine yards produce Shiraz and Sauvignon and the cooler districts provide the world best Pinot noir and Chardonnay. The wine tour guides will pick you up and return to your home with ease.  It will take not more than an hour to reach this place from Melbourne. You can even take a hot air balloon ride to arrive at the winery in style. You can visit the valley for a day’s trip or a short stay at the any of the luxury accommodations. 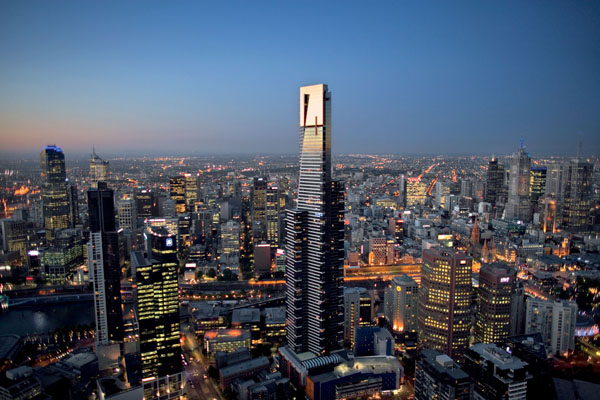 If you want to get an idea of the city’s layout and the location of the important landmarks of the city then take a trip to the Eureka Skydeck.  Eureka Skydeck is a tower that offers beautiful views of the city. It is a glass elevator with all glass walls, floor and ceiling. You can also experience Skydeck’s “The Edge”, which will take you over the edge in a glass box, providing views directly down the cityscape. The ticket prices of the Eureka Skydeck are also on par with most of the towers of the major cities of the world. You can also purchase “a sun and stars” ticket to see Melbourne both day and night. Sunset is the best time for visiting the Eureka Skydeck so that you can witness the transition from sunset to nightfall.

7. The Shrine of Remembrance: 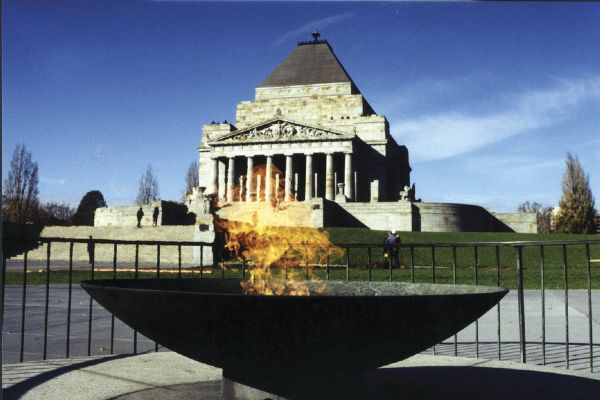 The Shrine of Remembrance is Melbourne’s most visited war memorials. It is also Melbourne’s most recognized landmarks. The shrine was built as a memorial to the ANZAC spirit. More than 120 ceremonies are held at the shrine annually. Take to the top of the shrine to get the overview of Melbourne’s Paris-style layout, an impressive piece of architecture. The Shrine of Remembrance is easily accessible via the City Circle Tram service and Eureka Skydeck. In addition, a visit to the shrine is free of cost. The shrine is open from 10 am to 5 pm daily, except Christmas Day and Good Friday. Do not forget to remove your hat before entering the shrine (a sign of respect). 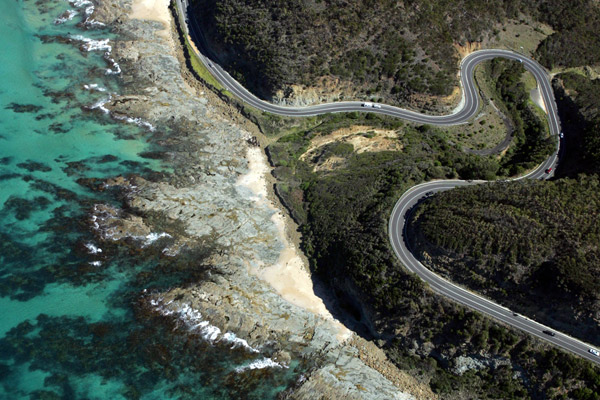 The Grand Ocean Road is acclaimed as the most stunning drive in Australia. It is voted as one of Australia’s Top 10 Destinations to experience in 2013. Grand Ocean Road is one of the most photographed parts of the country. This scenic vantage point stretches over an expanse of 243 kilometers over the Victorian coast. The place offers endless options for food lovers, outstanding nature and spectacular hikes. Rent a private car to explore the area. You can also take a coach tour to ensure that you do not miss any highlight. The Twelve Apostles rock formation is one of the most impressive highlights of the Grand Ocean Road. 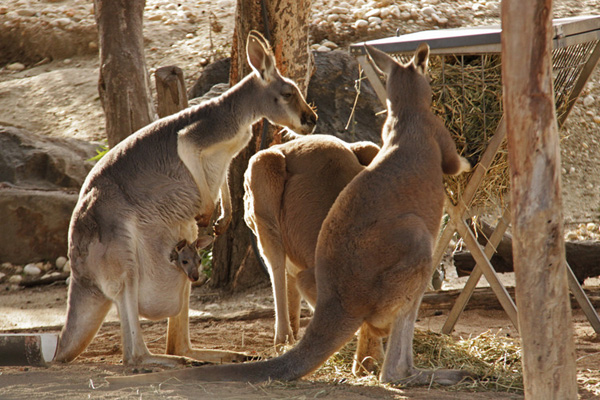 Melbourne Zoo, also known as the Royal Melbourne Zoological Gardens, is another great tourist spot in the city.  It displays an array of Austrian wildlife and exotic animals. The zoo boasts of over 320 different species of animals in a beautiful, natural setting. Take a stroll through the lush Asian and African forest to see the tigers roaming and monkeys swinging. You can also head to the Wild Sea, to see the exhibition of seals, penguins and seals. The zoo will make a great day trip for families wanting a break from the city. The zoo is accessible via Royal Park station on the Upfield railway line. 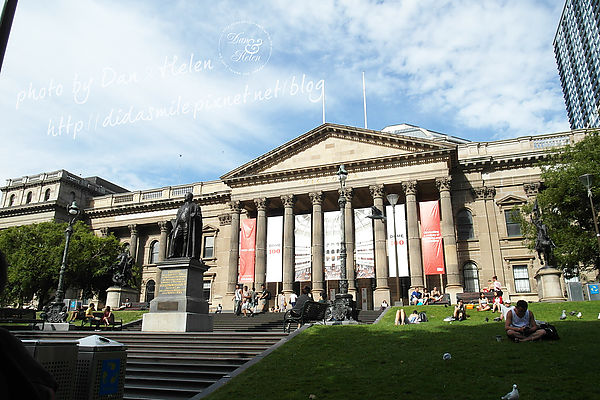 The State Library of Victoria is the central library of the Melbourne. It is one of the world’s largest libraries.  The library holds over 2 million books and 16,000 series. It highlights Victoria’s cultural life and makes it available through a range of cultural programs and exhibitions.  It also includes the diaries of the city’s founders- John Pascoe Fawkner and John Batman. The State Library also houses the original armor of Ned Kelly.

Make sure you have plenty of days on your itinerary to explore the beauty of Melbourne. Hope you have a great time in Melbourne.