Famous for being home to the world’s top football team, Brazil is the fifth largest country in the world. It is so large that it can fit in India, Britain, Argentina and Algeria inside it and still have space for Portugal, Brazil’s motherland. Brazilians say that they live in a continent rather than a country. It may be an exaggeration, but this does not undermine the vastness of this country.

Given the vastness of the place, a Brazil is surely an enchanting place to explore. From the tropical beaches along the Atlantic to the Amazon rainforest in the North, from the metropolises of the Southeast to the Pantanal wetlands, Brazil has plenty of things to offer to its visitors. Along with the natural wonders, there are religious monuments and building of national importance too.  Also, how can you forget the Rio de Janeiro carnival, a major tourist attraction in Brazil? Here are ten most popular places to visit in Brazil, according to my choice. 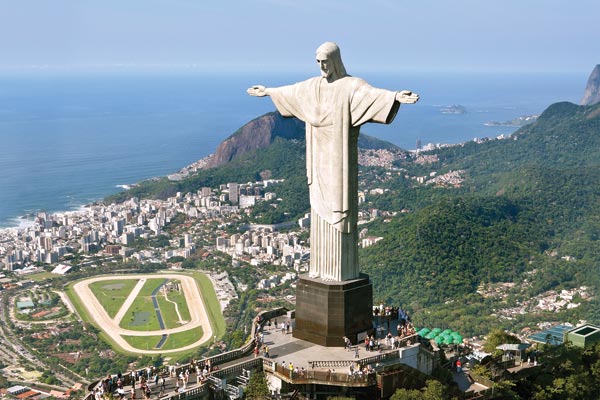 There could be no destination on earth more exciting than Rio de Janeiro. It is a holiday paradise. This happening place is the most visited city in South America due to its beaches, mountains, and Carnival. Rio is surrounded by natural attractions like the Corcovado and Sugarloaf mountains and Ipanema and Copacabana beaches.  The seaside of Rio de Janeiro hosts adventurous activities like rock climbing, hiking the Tijuca rainforest and sailing across the lake beaches. How can you forget the iconic figure- Christ the Redeemer statue sitting on top of the Corcovado Mountain? The statue provides a panoramic view from the interior of Guanabara Bay to Lagoa Rodrigo de Freitas. If you want to witness the spectacular football matches then go to Cidade Maravilhosa. 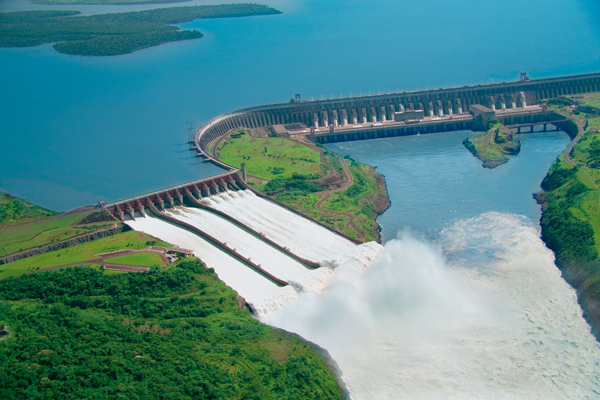 Foz do Iguacu is one of the most stunning natural wonders of the world. It is a series of waterfall located on the Iguazu River. It straddles the border of Argentina and Brazil. The falls create a magnificent spectacle. The beauty of the falls is even more enhanced by its surrounding lush forest and exotic wildlife. One popular gateway from the Foz do Iguacu is Curitiba. It is a beautiful city and is relatively safe by the Brazilian standards. 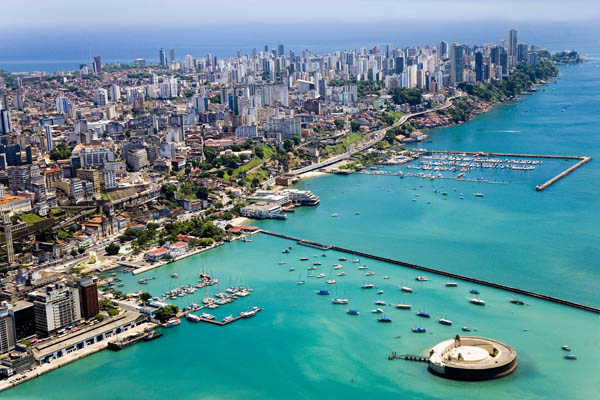 Salvador is the third largest city in Brazil and the capital of the Bahia state. It is a historic city of Brazil with beautiful beaches, lively customs and culture and of the world’s biggest celebrations of fashion. The architecture of Salvador has remained untouched since the 17th century. Salvador is also known as the ‘Capital of Joy’ because of its weeklong celebrations.   It is renowned for its African-influenced cuisine, architecture and music. 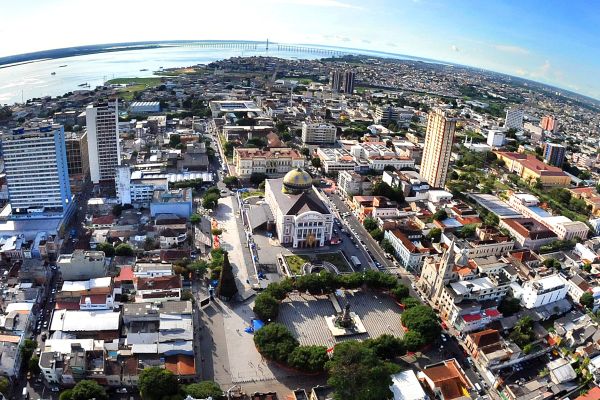 Manaus is the capital of the Amazonas state in the northwestern Brazil. It serves as a gateway to the Amazon forest. Manaus is one of the largest cities of Brazil owing to the region’s flourishing rubber industry. The city has some of the most rewarding sights. The distinguishing landmarks of Manaus include the Rio Negro Palace and the Amazonas Opera House. Don’t be surprised if you feel a little out of place in Manaus. It happens with almost every visitor there. Also, avoid vendors, as the tours they sell are cheaper only because they cut corners on the basics like transport and food. 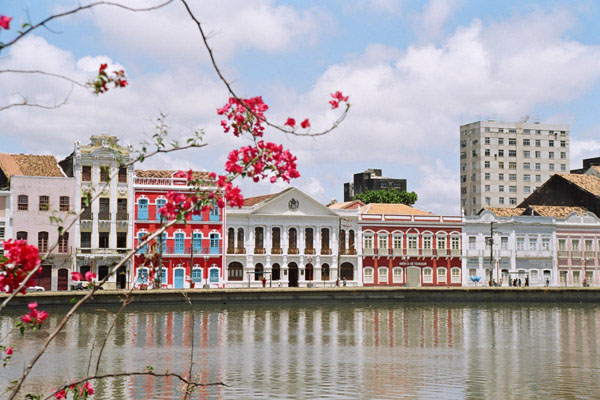 Olinda is Brazil’s best-preserved and the prettiest colonial city. It is located on the Atlantic Coast in the northeastern state of Pernambuco. Olinda was once the capital of Pernambuco. In 1631, it was sacked and burnt with all its Catholic churches by the Calvinist Dutch. The city was later rebuilt in the 18th century.  The gorgeous city of Olinda is settled on a picturesque hilltop surrounded by colorful old houses, trees, museums and artisan studios. It is, in fact, a treasure trove of colonial churches. The whole historic center was declared a UNESCO World Heritage Site in 1982. Olinda features a number of amazing tourist attractions like ‘Basilica de Sao Bento’, ‘Centro Historico’ and ‘Elevador Panoramico’. The restaurants, artist, bars, and studios increase the charm of its old-town setting.  Do not miss the ‘Carnival of Olinda’ when visiting the city. 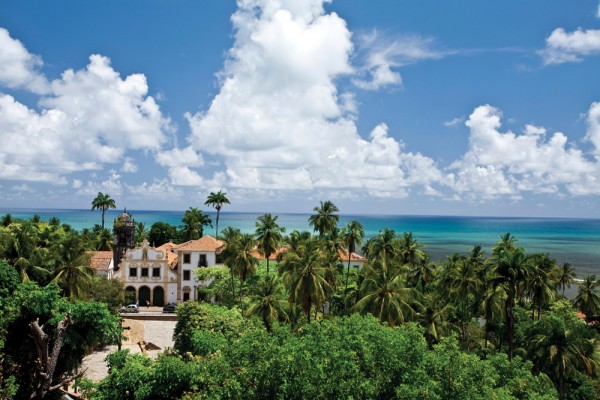 Recife is the capital of Pernambuco. It is situated in the midst the tropical forest. Recife is a popular tourist famed for its historic old town, vibrant culture, and scenery.  The place takes its name from offshore reefs (Recifes) that calm the waters of this city’s shoreline. It is also nicknamed as the ‘Venice of Brazil’ because of its numerous bridges and waterways. The place, with its vibrant culture, intriguing historical center, impressive coastal city, and incredible restaurant scene, is the most exciting city in  Northeast Brazil, after Salvador. So if you want to visit a place that is gutsy and gritty, then you must visit Recife. The nightlife of this city is equally amazing. The historic city Olinda lies 6 kilometers from the Recife. 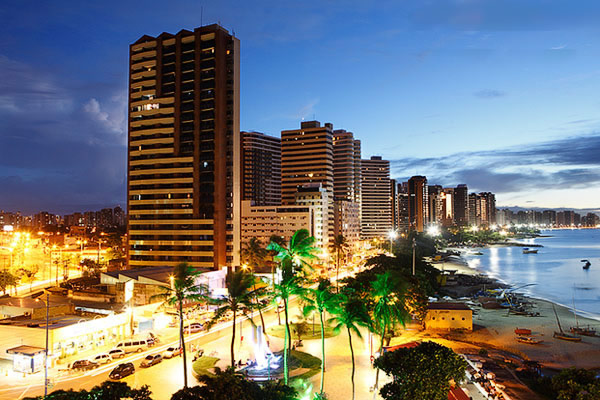 The stunning beaches and dynamic culture of Fortaleza make it one of the most popular places to visit in Brazil. This capital city of Ceara state is the fifth largest city in Brazil. It is a magnet for tourists from Brazil and overseas. Both local and tourists frequent this place to witness the rolling dunes, fishing villages, and beaches. Beaches are the top draw in this rapidly developing city.  Even the nightlife of this place is a lot of fun. Centro, the oldest part of this town, is a lively area to wander during the daytime. Its busy streets are full of small stores. The main areas of interest in Fortaleza are Praia de Iracema, Meireles, Mucuripe, and Varjota. Nossa Senhora da Assunção is the  Fortress that marks the spot where Fortaleza originated. The stalls of Feirinha Beira Mar are full of local handicrafts, ranging from leather goods to lacework. 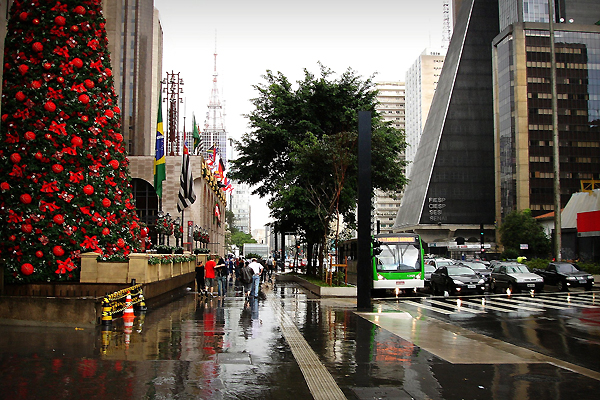 Sao Paulo is not only the largest city in Brazil, but also one of the largest cities in the world in terms of the population. The art and cuisine of Sao Paulo are as diverse as its multinational population of 10 million people.  The place is famed for its gastronomy, crazy shopping destination, robust cultural scene and concrete jungle. Sao Paulo is home to a number of public parks and portions of Atlantic rainforest. 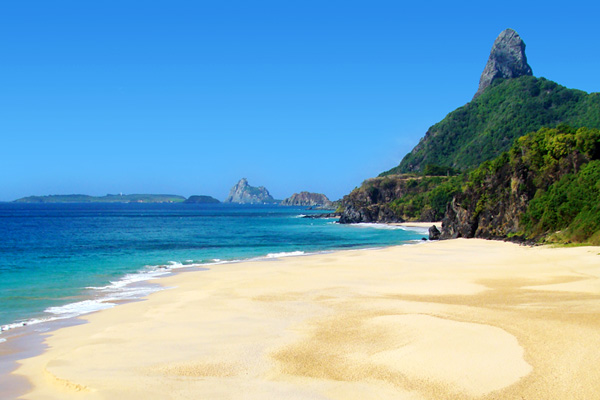 Fernando de Noronha is an archipelago in Brazil, comprising of 21 islands and islets. The archipelago is named after the Portuguese merchant Fernão de Loronha. It is located in the Atlantic Ocean, offshore from the Brazilian coast. Its rich marine life, spectacular landscapes, and rich marine life have made it one of the most stunning places in Brazil. The place is said to be an eco-wonderland and Shangri-La for beach lovers. It is designated as a UNESCO World Heritage Site because of its importance to the environment. The Fernando de Noronha Marine National Park and conservation projects based here preserve its marine and coastal environment.  It is a mecca for snorkelers and divers. Make sure you have plenty of time to explore the place, as Fernando de Noronha is an addictive place. 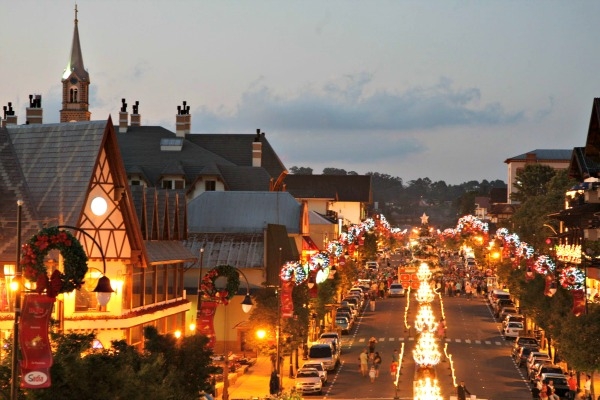 Gramado, a small village in Brazil is a woodsy and quaint place to enjoy the bounty of nature. It feels just like a ‘Swiss Mountain Village’. It boasts of some of the most delightful surprises. When in Gramado, pay a visit to the Chagdud Gonpa Khadro Ling, a Tibetan Buddhist center, and temple. You can take your child to Mini Mundo, a miniature park that features replicas of famous landmarks.

Before heading to Brazil, you need to decide what type of holiday you want. Do you want to see the beach, the wildlife, the rainforest or the metropolitan cities? Then only go ahead with the plan because Brazil is a large country. Do not forget to share your experience in the Samba country with us.