It’s great if you have been to Venice . And if not, you can set your foot on Udaipur, fondly dubbed as the “Venice of the East. Udaipur also called the most romantic city in Rajasthan, is one of the most popular honeymoon and tourist destinations in India. It is the place where you will get a glimpse of India’s incredible past and glorious present. Experiencing Udaipur is all about appreciating the man-made beauty and reliving the royalty. The place is famed for its lakes, palaces, and rich cultural background. The palaces of Udaipur reflect the grandeur that prevailed during the period of Rajput. And the scenic landscape of Udaipur describes how generous nature could be.

Various places in the historic city of Udaipur are worth visiting. But which one to select? Don’t worry, as we have come up with a list of ten places that you must visit in Udaipur. Have a look! 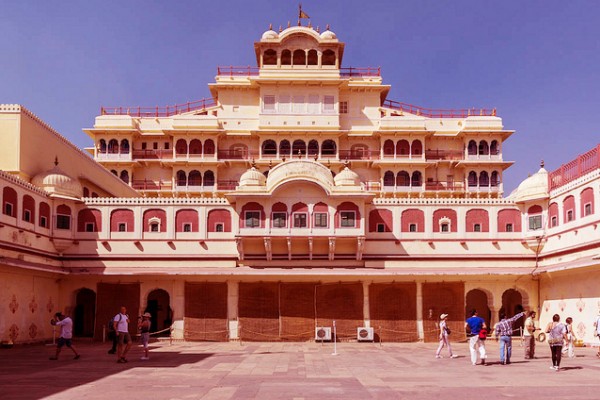 The City Palace is the top most attraction of Udaipur. Surmounted by cupolas, towers and balconies, the City Palace is the largest palace of Rajasthan. It was constructed by Maharana Uday Mirza Sing in 1559. It is located on the bank of Lake Pichola. The palace may not look very exciting exterior wise, but one you enter it, you’ll understand why it is raved so much. The palace is built in the flamboyant fusion style of Rajasthani and Mughal architecture. City Palace was later turned into a heritage hotel to generate income. It includes two luxury hotels, Fateh Prakash, and Shiv Niwas. The most popular attractions of the City Palace include the Moti Mahal, Sheesh Mahal and Chhoti Chitrashali. You must definitely not miss visiting the City Palace. 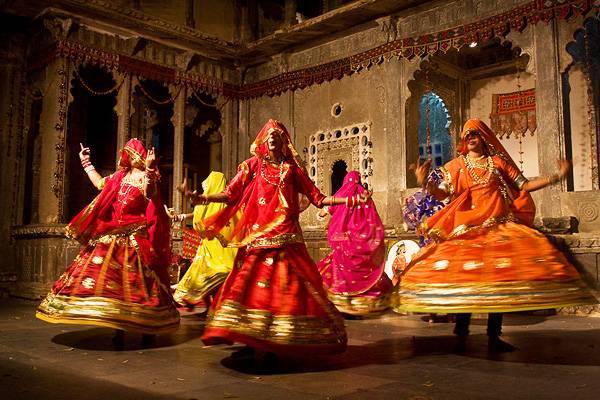 Bagore Ki Haveli is another architectural splendor. It was built in the late 18th century by the Prime Minister of Mewar. Bagore ki Haveli is located on the edge of Lake Pichola, near Gangaur Ghat. The Haveli was converted into a museum after 5 years of restoration work. It’s sheer joy to wander through the Haveli. The Haveli provides a fascinating looking into the lifestyle of the royal family. The palace has 100 rooms, terraces and courtyards with fine frescoes and mirror work. The costume of the kings and queens, the Royal painting and traditional Rajasthani art and crafts are on display in the Haveli. The Haveli is open daily from 10 am to 7 pm. And please do not miss the puppet show and folk dance performances here. 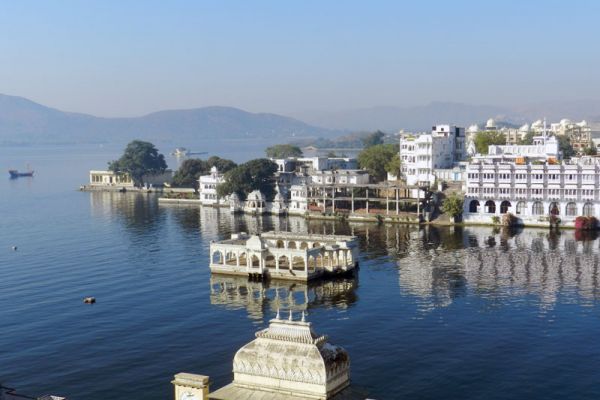 The Lake Pichola is the most popular man-made lake of Udaipur. The lake was made in 1362 AD by Rana Uday Singh. Surrounded by gardens, temples, havelis and hills, Lake Pichola is one of the most sought-after tourist destinations in Udaipur. A boat ride on Lake Pichola is a must here. It will provide you with a whole new perspective on the city, particularly in the evening.  The boat departures from the Rameshwar Ghat in the City Palace. The sunset views are simply stunning here. An hour trip will cost you around Rs. 300, including a stop at the Jag Mandir. Or you can stay at any of the lake hotels to enjoy its beauty. You can also explore the magnificent Fateh Sagar by hiring a motor boat from the bottom of the Moti Magra Hill. 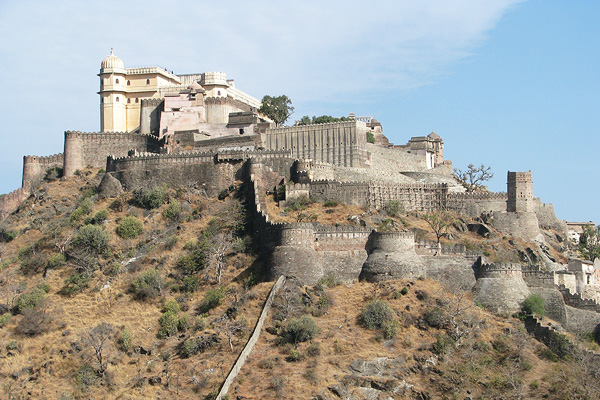 The Kumbhalgarh Fort, constructed by Maharana Kumbha is another place worthy of visiting here. A specialty of this fort is that is the birthplace of the famous warrior Maharana Pratap, the King of Mewar. The Kumbhalgarh Fort is the strongest and mightiest fort in Rajasthan. It stands formidably on the 1180 meters high right and is protected by thirteen mountain peaks of Aravalli and the thick wall that is around 15 kilometers long. This makes it the second most extended fort in the world after the Great Wall of China. You will be stunned by the sight of the fort. Sightseeing and adventure activities like camping and horse riding are popular here. And the views of the Aravalli countryside are simply fantastic here. 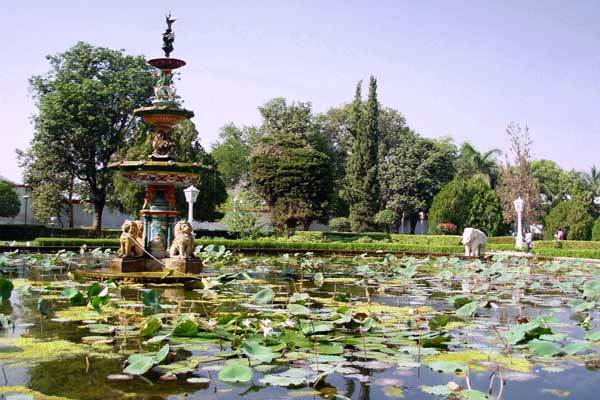 Bhartiya Lok Kala Mandal is the most important heritage symbol of Udaipur. It is an institution used for conducting studies on culture, songs, folk art and festival of Gujarat, Madhya Pradesh, Rajasthan and West Bengal . The organization exhibits collection like ornaments, puppets, dolls, masks, folk deities, folk musical instrument and paintings. There is also a puppet theater where puppet shows are held at regular interval. You can visit this museum at any time of the day. 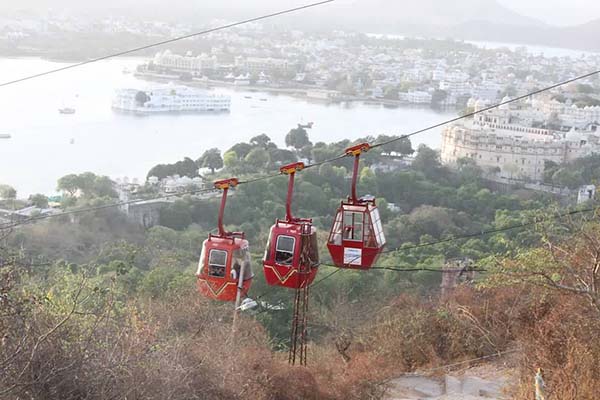 If you are more of a nature lover than a lover of man-made wonders is, then you will surely fall in love with Sajjan Garh. The palace may be small, but the views are stunning. The views from this place will fascinate you beyond words. The sunset view, especially, is impressive from here. The construction of the palace was initiated by Maharana Sajjan Singh  to observe the arrival of monsoon and predict the weather conditions. But due to the untimely demise, the work could not be completed. The surrounding is also amazing. You are sure to witness some rarest of rare animals here. 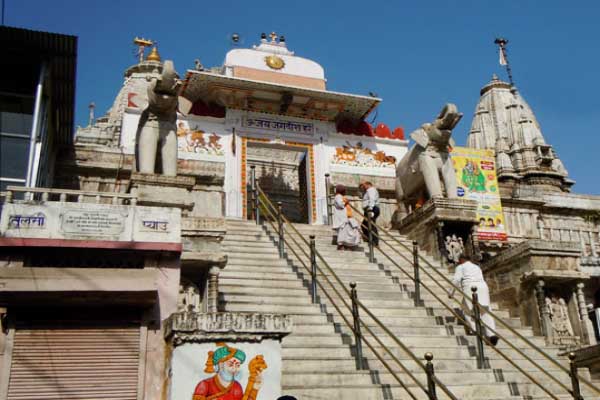 The Jagdish Temple is one of the most imposing Hindu temples in not just Udaipur, but the whole of India. This large Hindu Temple, dedicated to Lord Vishnu is located 50 meters above the ground level. Its intricate carvings and architecture make it an unmissable landmark of Udaipur. The Jagdish Temple is situated in the Lal Ghat, just near the entrance to the City Palace. The temple was built by Maharana Jagat Singh and has a black stone idol of Lord Jagannath. The temple is made of pristine white marble and has statues of several gods and goddess and well-cared pillar.  The evocative Aarti held every sunrise and sunset is the highlight of the place. 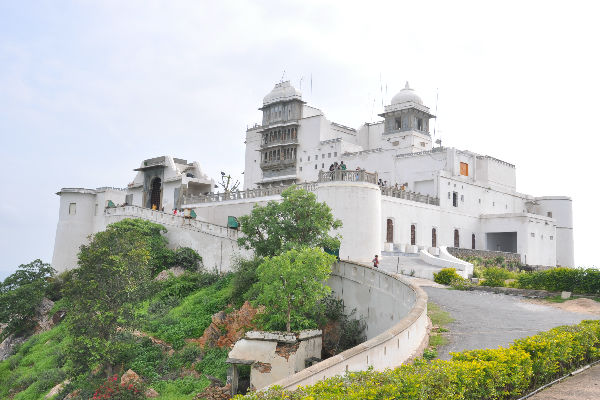 The Monsoon Palace, perched on a mountain high above the hill, is one of the most favored destinations in Udaipur. It was a favorite spot of the Royals during the Monsoon season, which gave its name. The Monsoon Palace belonged to the royal family of Mewar until it was placed in the government hands. The Palace was closed for a quite a long time, but it has now been restored, but, unfortunately, is not well maintained. The Monsoon Palace is also the place where James Bond “Octopussy” was filmed. You can take a cab from Sajjan Garh to the reach the Monsoon Palace. It won’t take more than 30 minutes. You can also visit the Sajjan Garh Wildlife Sanctuary here.  It’ll be worth the visit. 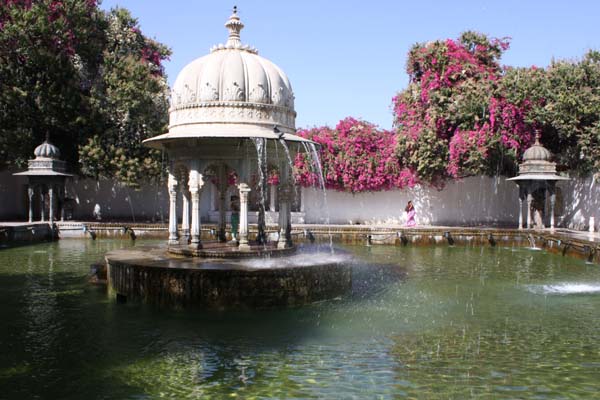 The Saheliyon ki Bari, built by Maharana Bhopal Singh, is another popular site to see in Udaipur. It was laid for a group of 48 women attendants who accompanied the princess of Udaipur as a part of her dowry. Saheliyon ki Bari, with its beautiful fountains, lotus pools, lush greenery and marble artifacts, offer splendid views of the region. The fountains of the place are fed by the lake made just for this purpose. Each of the water channels has a distinct sound. And the mingling of these sounds complements the ambiance of the area perfectly. There is also a Vigyan Kendra inside the garden complex. The garden provides interesting information about the plants and flowers found here. 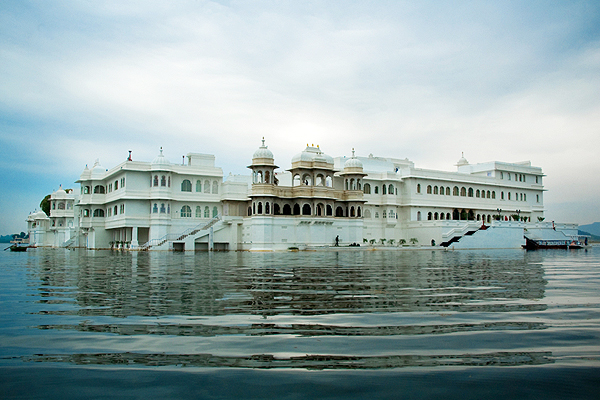 The Lake Palace, situated on the Jag Niwas Island, right in the middle of the Lake Pichola, is one of the most compelling of all the Udaipur’s attractions. Maharana Jagat Singh built it almost 2 ½ centuries ago and is now the high-end luxury hotel Taj Lake Palace, the most romantic hotel in the world. The grandeur, beauty, royalty and etiquette come together to give you the ultimate luxurious experience. But you have to stay here as a guest to experience its luxury. The City Palace and the Aravalli hills backdrop make the place look all the more stunning. The Lake Palace is also one of the most photographed places in Udaipur. So keep your DSLR ready.

We hope you enjoyed our list of ten places to visit in Udaipur. While touring the city, do not forget to dine at the Millets of Mewar Restaurant at the Hanuman Ghat. It serves healthy, organic and inexpensive food, which both commoners and foreigner lover. When are you going to see and sense the pride of the Rajput? Tell us in the comment section.