10 Places To Visit In Madhya Pradesh

Fondly dubbed as the ‘Heart of India’, Madhya Pradesh is a state with irresistible natural beauty and compelling history. The abandoned cities of Madhya Pradesh give a window to the past, which is very different from the current India. Madhya Pradesh provides its visitors with a multitude of attractions like prehistoric cave sites, carved temples, stupas, forts, palaces and religious centers.

Besides, the place also has incredible natural landscapes. The topography of Madhya Pradesh is predominantly a plateau interspersed with gurgling streams, stunning mountain ranges, slow rivers and thick and dense forest.

The culture of the state finds expression in the lively festivities conducted by the people. To have an insight of the place, you need to visit Madhya Pradesh. Here are the ten places that you should visit in Madhya Pradesh. 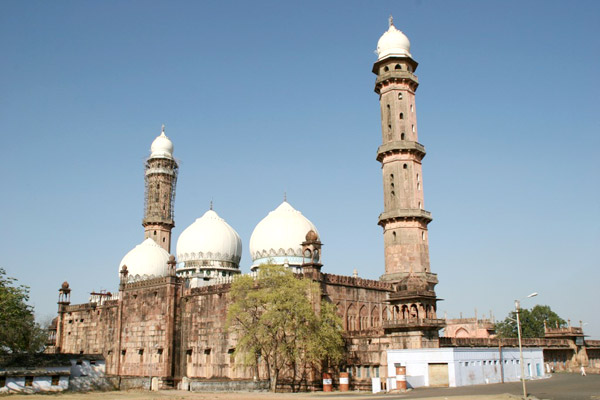 Bhopal, fondly dubbed as the ‘City of Lakes’, is the capital of Madhya Pradesh nestled over the seven hills. Raja Bhoja conceived it in the 11th century. It has an enormous number of artificial and natural lakes. The tourist attractions of Bhopal are reputed for their glory and historical importance. This beautiful city of Nawabs is a confluence of the richest forms of culture and tradition. Though the city is modernizing at great speeds, it still manages to keep its past glory intact. Bhopal is populated with people of various religions and sects, but communal harmony persists. The mosques, museums, art galleries are of particular interest in Bhopal. The attractions of the Bhopal include Jama Masjid, Moti Masjid, Manav Sanghralaya, Taj-ul-Masjid and Bhimbetka caves. 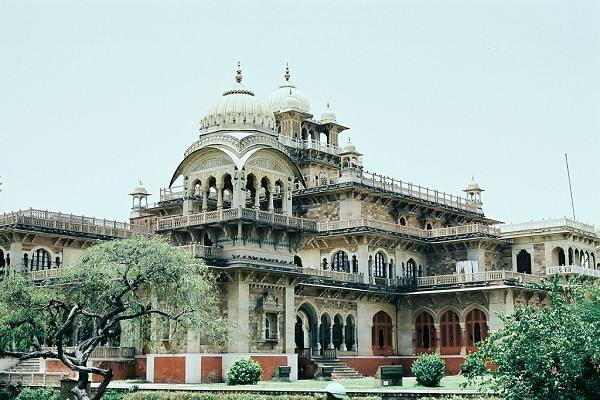 Indore, situated on the banks of River Saraswati, is the largest city in Madhya Pradesh. It is famous for its spectacular architecture. Even a short visit to Indore will make you feel that you are in a very different part of the world. The Holkar Dynasty had left some beautiful buildings here. You will also find some cool restaurants and cafeteria. And not to forget, the affordable shopping. Indore also serves as the gateway to Mandu, Maheshwar, and Omkareshwar. 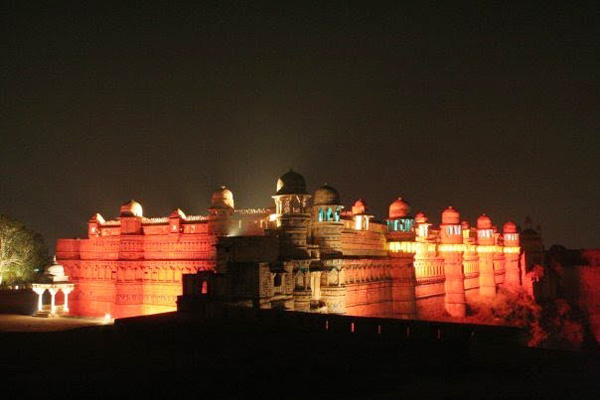 The tourist attractions of Gwalior form the significant portion of the tourism in Madhya Pradesh. The glorious architecture of Gwalior provides the expertise of the city in arts and war. There are very few places where you will find such a unique blend. The main attraction of Gwalior is the hilltop Gwalior Fort that towers over the city. It is reputed as one of the most majestic forts in India, stretching back to over 1000 years.  At the bottom of the fort, you will find the Tomb of Tansen. Every year, the Tansen Music Festival is held. The Sas-Bahu Temples, Gujari Mahal and Archaeological Museum,  Jai Vilas Palace, Teli-ka-Mandir, and Scindia Museum are some of the famous tourist sites of Gwalior. 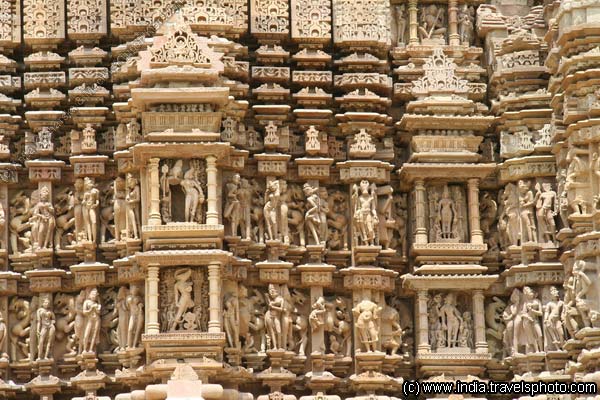 This place needs no introduction. In fact, it is the first thing that comes to mind when you hear about Madhya Pradesh. Khajuraho is one of the top rated historical destinations in India and is declared a UNESCO World Heritage Site. The place has over 20 temples thriving in erotic sculptures. The figurines and sculptures depict the scenes straight from the Kamasutra. But more the eroticism, the temples are a celebration of life, love, and friendship. The Khajuraho is a perfect example of the Indo-Aryan architecture. And the sculptures have stood the test of time. November to March is the ideal time to visit Khajuraho and mornings are the best time to visit the temples. 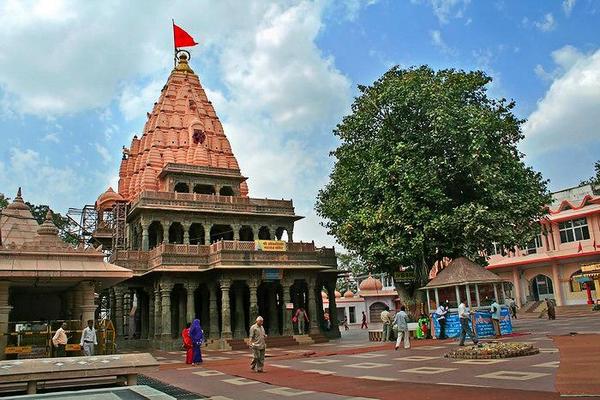 Ujjain is one of the seven Hindu pilgrim centers to attain Mukti. The city, located on the Shipra River banks, attracts great numbers of pilgrims every year. This ancient city of Ujjain was once a center of learning but has now evolved into a place to attain spiritual knowledge. The Mahakaleshwar Temple is the most famous temples of Ujjain. It houses one of the 12 sacred  Jyotirlingas (naturally occurring lingams). Head to the Ram Ghat at dusk to see the pilgrims and pundits ring bells and light candles in the water. It makes a beautiful sight. Ujjain also hosts the incredible Kumbh Mela, in which millions bathe in the Shipra River. The Mela takes place once in every 12 years. On the other days, Magh Mela is held. 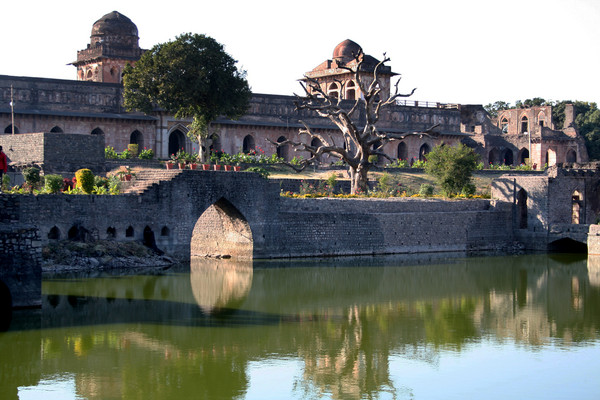 Mandavgarh, better known as Mandu, is the abandoned city of Madhya Pradesh. It is situated at an altitude of 2000 feet. The place was once the lavish home of the Mughals. The Nawabs would spend their leisurely time by taking a stroll through the lakes. The strategic location of Mandu played a crucial role in the Indian history. The crumbling buildings of Mandu, encircled by a long stretch of the wall gives a hint of its grandiose past. It is an excellent place to take a retreat from the chaos of the everyday life. You must not miss any of the star attractions here like Tomb of Hoshang Shah, Ashrafi Mahal, Rani Roopmati Pavilion, Jahaz Mahal and Baz Bahadur’s Palace. 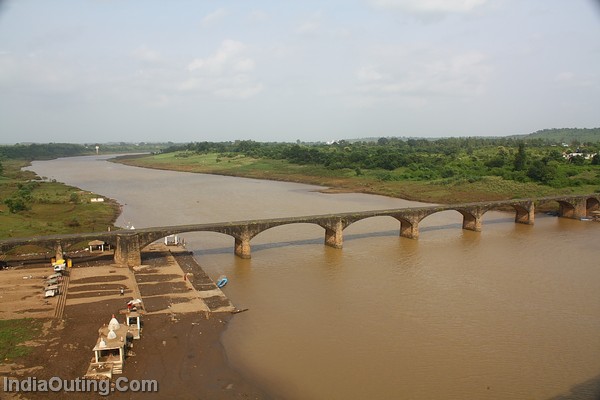 Jabalpur is considered one of the most favored destinations in Madhya Pradesh. Its historical monuments and natural beauty will make your stay worthwhile. The locals mostly come here to see the Marble Rocks, an attractive river gorge. It also serves as the gateway to the famous tiger parks like the Bandhavgarh, Pench and Kanha Tiger Parks. You will find most of the hotels in the lanes of the Old Bazaar, Russell Chowk, and Vined Talkies Road. If you want some peace, then you must stay in the Civil Lines district. It is less interesting but is far more peaceful. 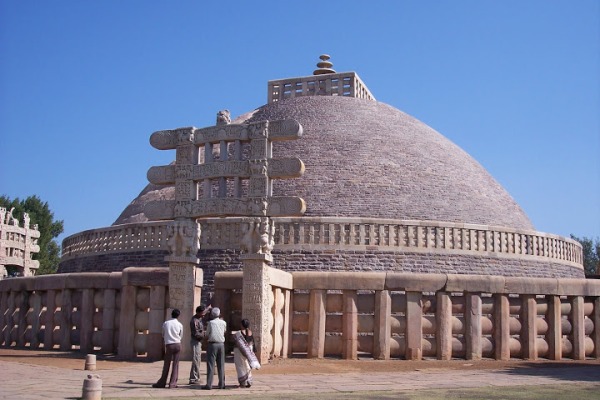 Sanchi, one of the World Heritage Sites, is the place where some of the oldest Buddhist relics can be found. The history of the land is visible in its temples, monasteries, and Stupas. Sanchi is a pilgrim center of the followers of Buddhism. The monuments here date back to the 3rd century B.C. The city was abandoned during the 14th century, only to be rediscovered in the early 19th century by the British. The most notable monument here is the Great Stupa built by the Emperor Asoka in 262 BC. He commissioned the construction of Sanchi Stupa right after he embraced Buddhism. The rock cut caves of Udayagiri are also must visit here. Sanchi is ideal for both day and overnight trips. 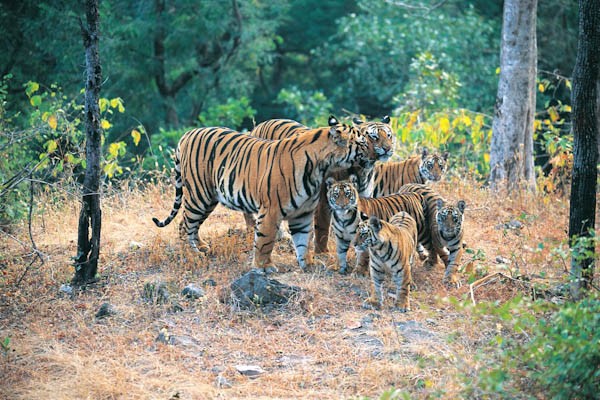 The Kanha National Park is located in the Mandla district of Madhya Pradesh. It is one of the best maintained and tourist friendly parks in India. It is said to be the inspiration for the setting for “Jungle Book”, Rudyard Kipling’s classic novel.  It is a place of the lush bamboo forest, streams, lakes, and open grasslands. Many endangered species have been saved here. Besides tiger, the park houses swamp deer and several other varieties of birds and animals. The park also has a museum, which holds several pieces of research and conversation programs. The Kanha National Park is open from November to June, and each season imparts its beauty to the park. Take an elephant ride to witness the Royal Bengal Tigers in their natural surroundings. 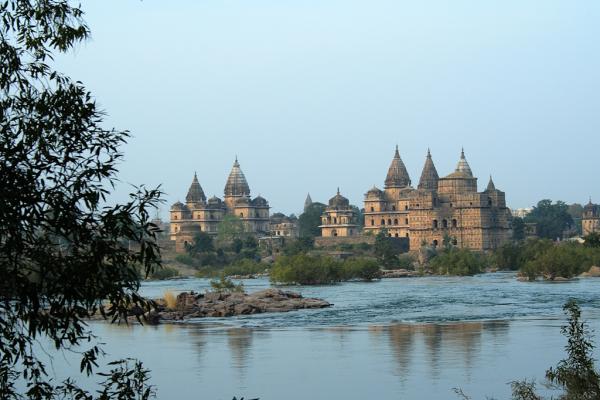 Do not underestimate Orchha as a tourist destination, even though it is named last in the list. It is a medieval legacy rising over the plains of Bundelkhand.  Orchha, once the capital of Bundela Rajput Kings, has some magnificent palaces and temples, each with a medieval charm. The main palaces are enclosed with the fortified walls of Orchha. The place offers a blend of quiet village life and medieval charm. The top attractions here are the Chatturbhuj Temple, Jahangir Mahal Betwa river, Laxminarayan Temple, Palace Complex and Royal Cenotaphs.

Tell us about your trip to Madhya Pradesh by commenting below. Did you like our work? Please tell us as we love receiving feedbacks.