Ireland is an island in North Atlantic. It is the third largest island in Europe, and the twentieth-largest island on Earth. The place is best known for its remote beauty spots, tourist-friendly towns, cities, and coastal location.  However, there is much more to Ireland that its stereotypical charms. If you are an outdoor lover, you will find lots of excitement in Ireland with a wide area of wild forests, villages, coastal cliffs and windswept countryside. If you like history or mythology, there are many heritage museums and historical sites for you to research.

From mesmerizing landscapes to UNESCO world heritage, here is a list of 10 most beautiful places to visit in Ireland. 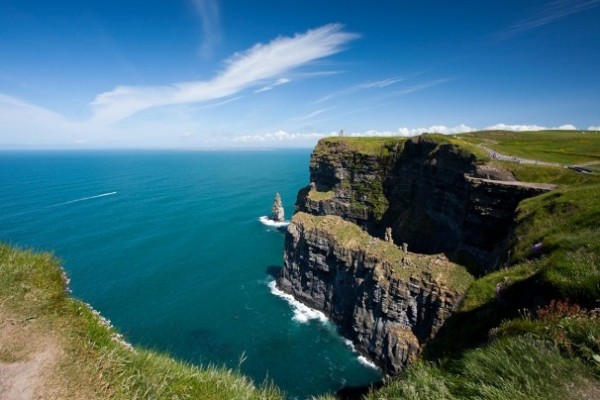 Cliffs of Moher are sea cliffs soaring 700 feet above the crashing waves of the Atlantic Ocean. This attraction of Ireland welcomes close to 1 million visitors every year.  This iconic tourist spot runs for 8 kilometers to Hags Head in County Clare. It hosts the country’s most spectacular coastal walk. The cliff was carved out by a river delta around 321 million years ago. This offers incredible views of the entire island. Stand at the beautiful canvas Cliffs of Moher in County Clare to come face to face with the bounty of nature. On clear days, you can see the way to the Twelve Bens of Connemara and County Kerry’s Mountains. There are occasional performances by bands and musicians during the high season. 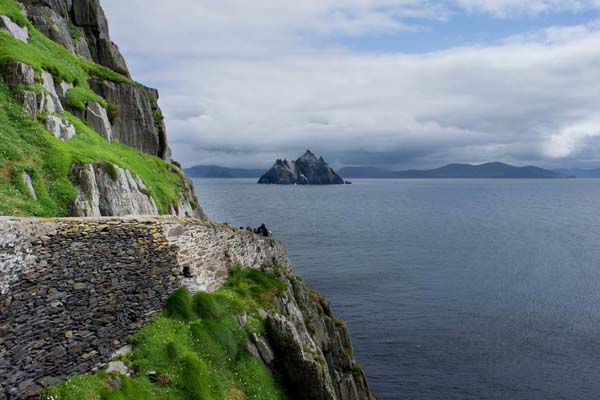 Skellig Islands are Ireland’s magnificent UNESCO site. Skellig Michael and Little Skellig are two, steep and rocky islands lying about 135 kilometers the east of Bolus Head. The Skellig Michael is home to a beautiful 6th-century monastery perched on the 230 meters high cliff top. The Little Skellig is famous for its puffin and gannet population.  This place hosts an impressive array of bird life like gannets, razorbills, cormorants and Herring Gulls. The peaks of these pinnacles are adorned by a wisp of cloud that gives it an impression of a volcano, but there is nothing volcanic it. 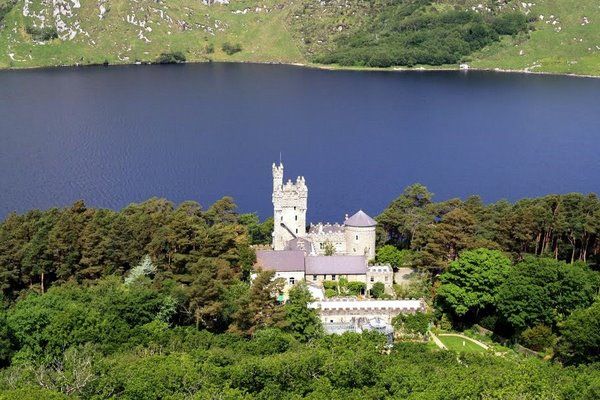 Glenveagh National Park is the second largest National Park and one of the top attractions of Ireland. The park covers more than 170 square kilometers in the heart of the Derryveagh Mountains. It draws hikers and anglers from all over the country. Take a tour of the Glenveagh Castle to enjoy the mountaintop views while sipping the afternoon tea. The informal gardens of the Glenveagh National Park display a multitude of exotic and delicate plants. The park is also home to red deer and formerly extinct golden eagle. You can also hire a guide to obtain all the information about the park and the surrounding area. Do not forget to take a tour of the park in the bus  offered by the National Park. 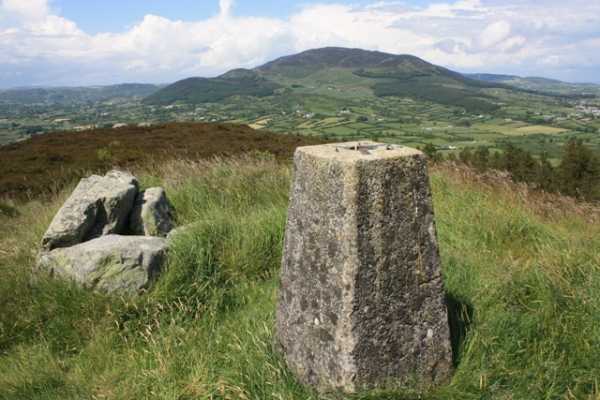 The Cooley Peninsula is a hilly peninsula located in the County Louth. This beautiful place has forested slopes and multi-hued hills rising out of the waters of Carlingford Lough. The place includes towns like Greenore, Carlingford, and Omeath. The main attraction of this place is the Cooley Mountain. This geographically diverse place is home to 440 million old limestone and 60 million-year-old volcanic rocks forming the Cooley Mountains. There are plenty of sceneries to enjoy in the Cooley Peninsula. You will see beautiful views of the forested Mourne Mountains. You can also walk the windswept coastline of the peninsula for an amazing experience. 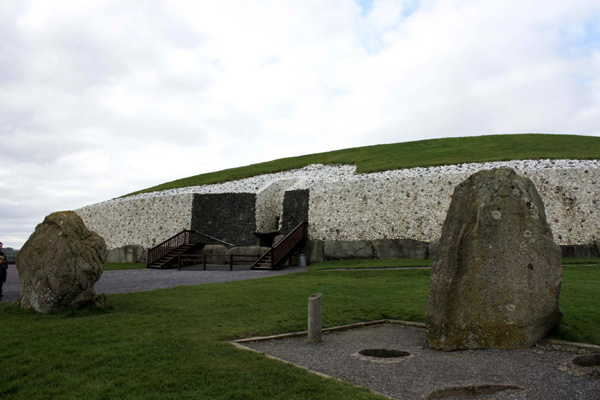 The Boyne Palace in County Meath is home to some of the most important historic sites and monuments in Ireland. It is a designated World Heritage Site. The Palace features massive passage tombs with graves dating back to the ancient times. These tombs are said to be older than the Pyramids of Giza in Egypt and the Stonehenge in England. Newgrange is another popular attraction in the Boyne Palace. It was built around 5000 years ago, and it is one of the most famous prehistoric sites in Ireland. The Boyne Palace is best known for the Winter Solstice, the shortest day of the year.  On this day, the tomb is illuminated by a narrow beam of sunlight, which shines through a roof box. 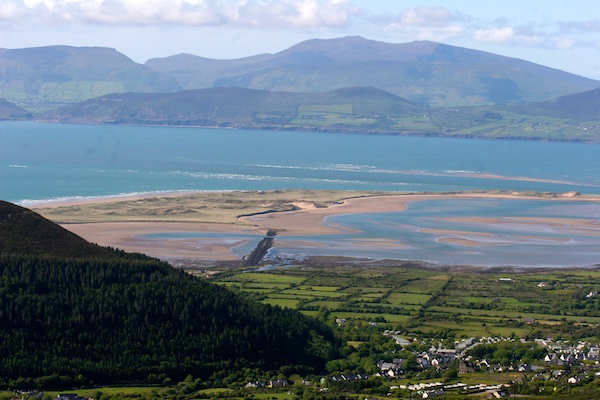 The Ring of Kerry is a popular road route through the southwest of Ireland. The route encompasses some of the best scenery and heritage of Ireland. It gives people a spectacular image of dramatic coastline, lush gardens, and romantic castles.  The area is a favorite of stars, sculptors, and writers. The place is also ideal for doing activities like walking, cycling, diving and indulging in adventurous sports. The Ring of Kerry comprises of three roads, the R562, the N70 and the N71, which forms a circuitous route through the Iveragh Peninsula.  It also offers attractions like the Design Centre Waterville and the Killarney National Park. The Ring of Kerry is also known for providing some of the best culinary delights like the shellfish, lamb, homemade breads and seafood.

St. Patrick’s Cathedral, located in the heart of Dublin is one of the most popular sites in Ireland. It is also known as The National Cathedral and Collegiate Church of Saint Patrick, Dublin. St. Patrick’s Cathedral is the largest church in Ireland and one of the two Church of Ireland cathedrals. This place is notable for being the first place where Handel’s ‘Messiah’ was performed.  This cultural heritage has been a part of Ireland’s history for over 800 years. The place has been visited by some of the most influential personalities of King James, Queen Victoria and her husband Prince Albert, William of Orange and Cromwell. It is also the final resting place of Jonathan Swift and the Dean of the Cathedral.

Croke Park is the Stadium of Ireland, where two national sports, Hurling, and Gaelic football are played. It is the fourth largest stadium in Europe.  The Croke Park was primarily designed for amateur sport with a seating capacity of around 80,000 people. It is also the headquarters of the Gaelic Athletic Association (GAA), the sports club responsible for these national games. Croke Park is much more than a stadium. It is described as being the spiritual home of Irish cultural nationalism. The best time to get tickets for Croke Park is around May, at the start of the season. Make sure you visit the GAA museums or go on a tour of the stadium when in Croke Park. 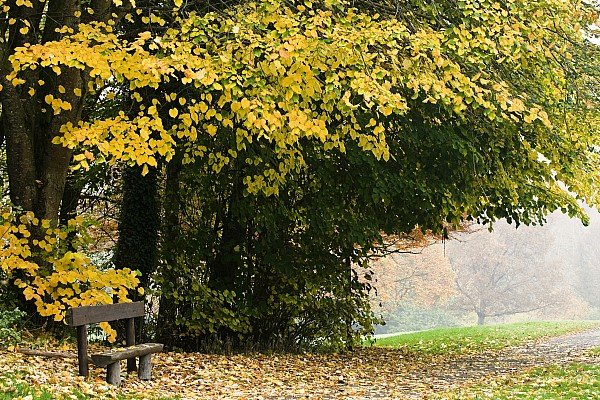 County Cavan is a country in Ireland located in the province of Ulster. The place is named after the town of Cavan based on the historic Gaelic territory. The place is renowned for its beautiful landscape, thriving lake water, and rich culture. The Cavan is discreetly hiding between the six counties that border it.  There are around 365 lakes in Cavan, and a good proportion of it is connected to Lough Oughter and the Eme river system. You will be enchanted by its solitude.  These lakes are perfect for canoeing and kayaking.

The Giant’s Causeway is a spectacular geological formation in Ireland. It is located in Belfast and the walled city of Londonderry in Northern Ireland. This rocky formation is nestled beneath the cliffs of the north Antrim coast. The giant causeway was formed around 60 million years ago by cooling lava of a volcanic activity. It consists of around 40000 polygonal rock columns rising from the sea. Giant’s Causeway is a beautiful place to visit in Ireland.