Delhi is one of the historical capitals of India. It has been continuously inhabited since 300 BCE even after being destroyed seven times. It is dotted for spellbinding forts, mosques and monuments made by the Mughal rulers who once occupied the city.

You will find a huge contrast between rambling Old Delhi and well-planned New Delhi. In Old Delhi, you will find attractions like monuments and mosques that represent the ancient India. The New Delhi, on the other hand, is designed by Herbert Baker and Edwin Lutyens. It houses government embassies and building, besides places of interest. If you need some relaxation, then head to the landscaped gardens of Delhi. Here is a list of top 10 places to visit in Delhi, featuring the best tourist spots and historic sites. 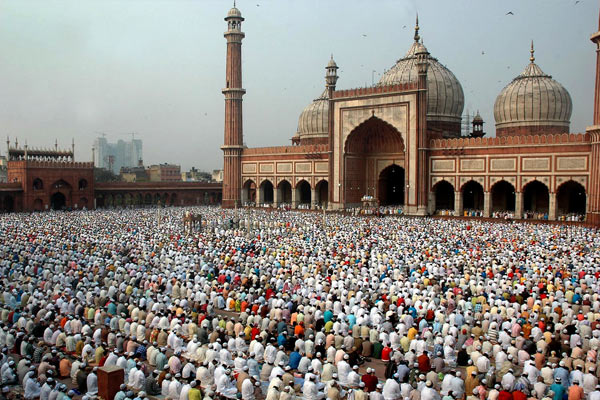 Jama Masjid is a marvelous treasure on the Old Delhi. It is the largest mosque, not just in Delhi, but also in India. The courtyard of Jama Masjid can hold more than 25,000 devotees. The construction of this mosque began in 1944 under the leadership of Shah Jahan. It took 13 years and 5000 artisans to build this mosque. The mosque has four angle towers, three gateways and two minarets standing 40 meters high. The principle prayer hall is situated on the western side of the mosque. It is decorated beautifully with cusps and arches.  It is made entirely of white marble and red sandstone. Climb to the top of the southern tower to get stunning views across the rooftops of Delhi. Make sure you dress properly while visiting Jama Masjid. 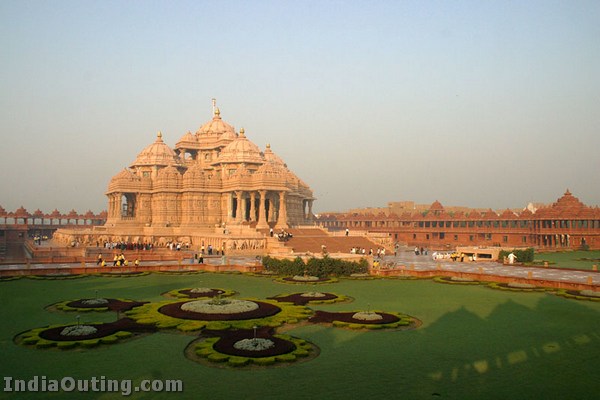 The Swami Narayan Akshardham temple is a new attraction, but is considered one of the most popular tourist sites in Delhi.  Swami Narayan Akshardham is a massive temple complex built by the Swami Narayan Sanstha spiritual organization in 2005. It is located on the bank of river Yamuna.  The temple was built to display the 10,000 years oil Indian culture and tradition. The temple is made of white marble and pink stone. It has a sprawling garden and lake, where you can take a boat ride. Make sure you have plenty of time to explore this place at its best. The most popular attraction of this place is the Son-et-Lumiere (musical fountain) show. 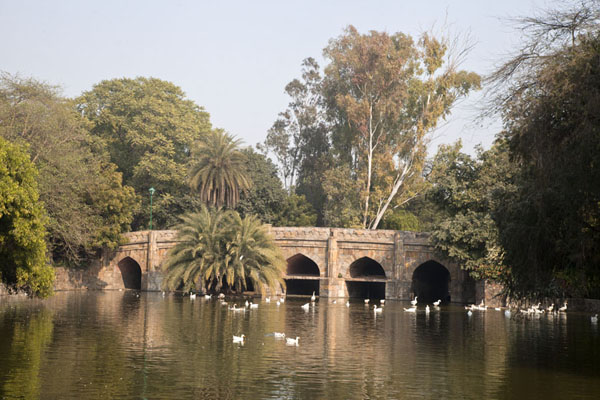 Do you want a serene retreat from the busy city life? Then head to the Lodi Gardens. This vast garden was built in the 15th century and was redeveloped in 1936 by the British around the tombs of 15th and 16th-century Mughal rulers. The garden is named after the Islamic ruler Mohammed Lodi. This serene and peaceful garden is a great place if you want to spend some quality time with your partner. Come early morning to find joggers and yoga practitioner in the garden. If you are hungry, then visit the newly opened terrace restaurant just next to the garden. 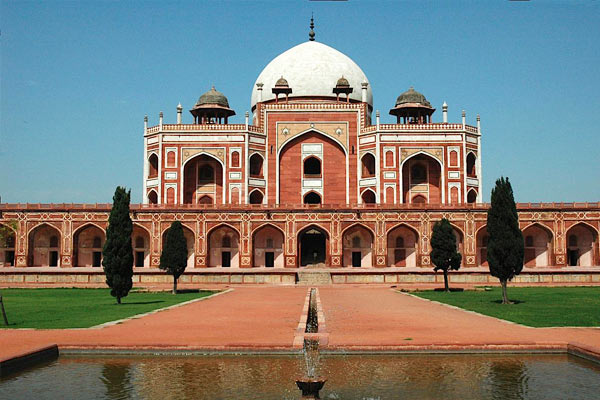 Humayun Tomb is one of the most splendid works of the Mughal Era. It is also a UNESCO recognized World Heritage Site. The tomb is a part of the greater complex set among the beautiful gardens. It is surrounded by beautiful small water channels, which make it a perfect place to for a picnic with kids. Humayun Tomb will give you a glimpse of the Taj Mahal, as it was on this monument that the Persian Charbagh style architecture was put to test. This style was later perfected in the construction of the masterpiece Taj Mahal.  It houses the body of the second Mughal Emperor Humayun. 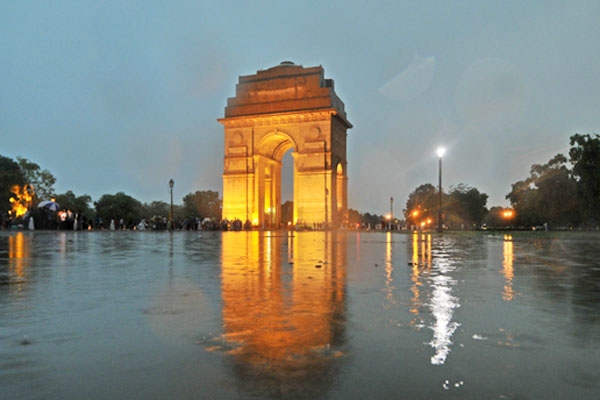 India Gate is the first thing that comes to a person’s mind when he thinks about Delhi. This towering archway is located at the center of New Delhi. India Gate is a war memorial built in the memory of the Indian soldiers who lost their lives fighting for the British Army in the World War 1. This 42 meters tall triumphal arch took around ten years to complete.  The names of the martyrs are etched on the body of this memorial. This edifice is surrounded by lush greeneries and is illuminated with thousands of lights. A rifle is positioned along with a helmet of a soldier. The best time to visit India Gate is when it is floodlit. The nearby mountains make a mesmerizing display of varied colors. 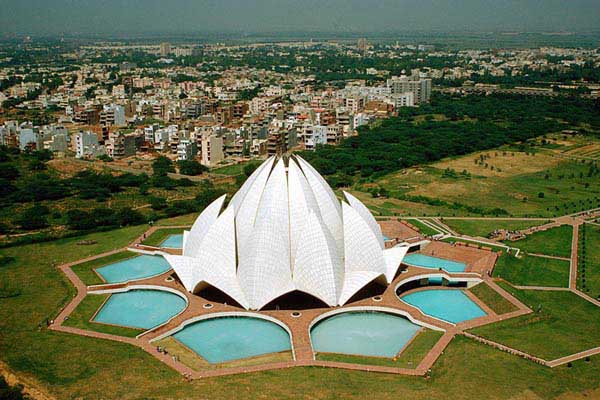 The Bahai Temple, commonly referred to as the Lotus Temple, is a beautiful temple of New Delhi. The temple belongs to the Bahai Faith, which works for the unity of people of all religions. The temple is designed by the Iranian-Canadian architect. It has 27 immaculately white petals made of white marble. The ponds and tranquil garden surrounding this temple make it an ideal place for a picnic. The temple looks beautiful at night, when it is brightly lit up. The best time to visit this temple is between October to March, when the weather of Delhi is pleasant. You can reach this place easily via metro or cab. 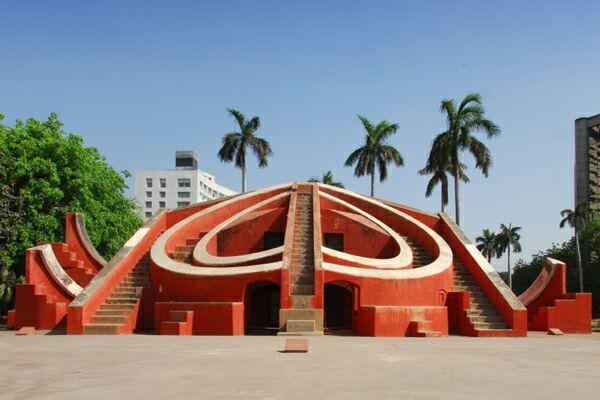 Jantar Mantar is one of the two Maharaja Jai Singh observatories, located on Sansad Marg in Connaught Place. This observatory was constructed in 1725. It is built of brick rubble plastered with lime.  The observatory is dominated by a huge sundial, known as the Prince of Dials. The other instruments in Jantar Mantar can graph the path of the astronomical universe. There are also instruments that predict eclipses. In the observatory is housed an amazing instrument called Jai Prakash, which has two concave hemispherical structures. These structures are used for determining the position of the sun and celestial bodies. 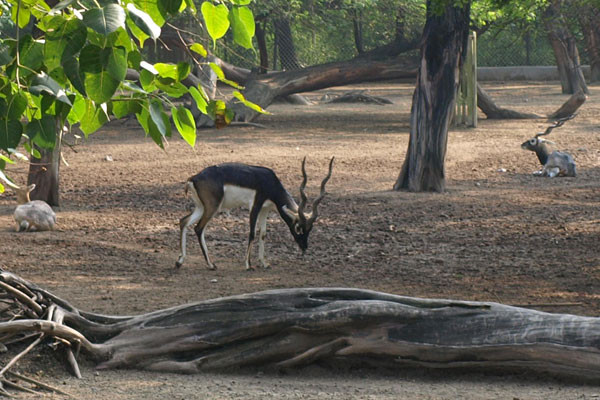 The National Zoological Park or the “Chidiya Ghar” is another fun place to visit with your children. Almost every Delhiite and tourist has visited this place at least once in his lifetime. The zoo was set in 1959 and is spread over 17 acres of land. It was built when the Indian Board of Wildlife felt the need of having a zoo in the capital. The zoo was given the National Status in 1982. The zoo houses more than 1350 animals and 130 species of birds from across the world. You will find a plethora of mammal, reptiles, and birds from countries like Australia, America and Africa in this zoo. There is also a restaurant and cafeteria in this zoo. 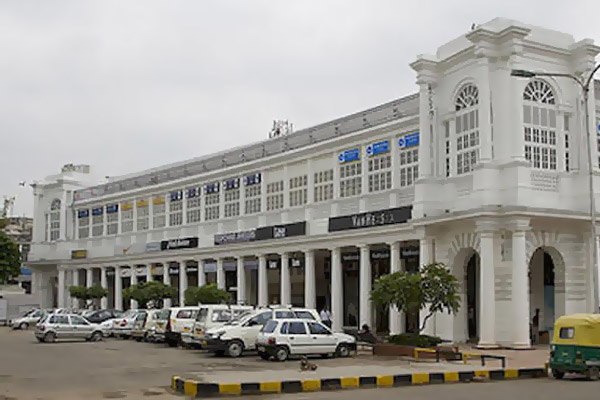 Connaught Place is one of the most popular and liveliest places of Delhi. It is the largest commercial center of  Delhi. The name of this street is derived from the name of the Duke of Connaught. The construction of this place began in 1929 and finished in 1933. The construction is inspired completely by the Georgian architecture. It is patterned like the Royal Crescent in Bath, United Kingdom. The popular attractions of this place include Palika Bazaar, Indira Chowk, Central Park and shopping malls filled with Indian and foreign lifestyle brands like Armani, Gucci, and Wills Lifestyle and so on. 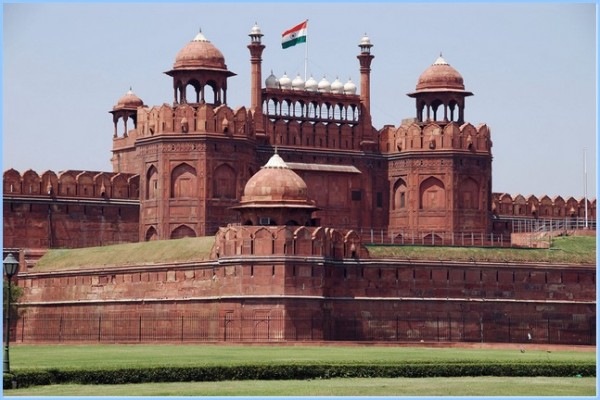 The Red Fort is one of the most famous monuments of Delhi. It stands as a reminder of the power and pomp of the Mughal emperors who ruled India. Every year on the Independence Day, the President of India hoists the Indian Flag from here. The walls of this fort stretches for over 2 kilometers. It was built originally to keep out the invader, but is now a historical site of India. The fort hosts a sound and light show every evening to show the fort’s history. The sprawling complex of the fort has an array of palaces, lush courtyards, grand structures and cascading waterfalls. You can take a taxi or any other mode of transportation to reach the Red Fort.

One of the best things about these places is that most of them are free and are easily accessible. Do not forget to share some memorable moments of your trip with us.