Lucknow, the city of Nawabs, is famed for its old history and Mughal architecture. This capital of Uttar Pradesh extends along the banks of the river Gomti. This beautiful city retains its old world charm. It is a place of great food, excellent locales, and friendly people. And how can you forget the ‘Chikankari’ work on fine muslin cloth.

Lucknow is also one of the top historical places to visit in India. The historical monuments stand as witnesses of the Mughal era. There are many tourist places to explore in Lucknow. Here are the top attractions according to our choice. Have a look! 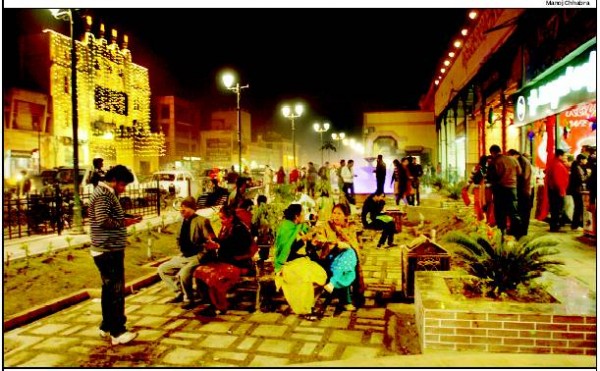 Hazratganj Market is just like the Connaught Place of Delhi. It is a must visit area for its commercial vibrancy.  The market was established by Nawab Sadat Ali Khan in 1810. The market is named after Hazrat Ali, the fourth caliph of Islam. It is frequented by lovers of poetry, music, and perfumes. Hazratgunj Market was also a favorite of Nawabs, British officials, Zamindars for leisure walks. Hazrat Gunj is a busy shopping area dotted with cafes, emporiums, and restaurants. Most of the bazaars of Lucknow are located here. Also known as the ‘Park Avenue’ of the city, the royal street leads to the Shiraz-e-Hind, the capital’s heritage zone. 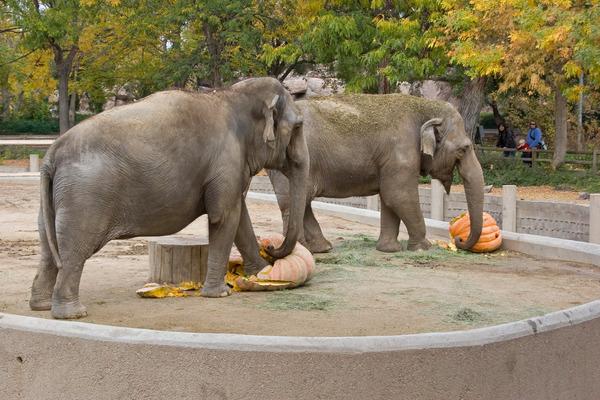 The Lucknow Zoo is another must visit place of the capital. It is categorized as a large zoo by the Central Zoo Authority, Government of India. The 71.6 acres of the zoo has 348 birds, 447 mammals, and 57 reptiles. The major attractions of the zoo are the white tigers, lions, wolves, Asiatic elephants, hill mynahs, Royal Bengal Tigers, Indian rhinoceros, Hoolock Gibbons and Himalayan black bears. The zoo also organizes ‘Touch Table Programs’ every Friday to educate about the skins of various animals, tusks of elephants, a plaster cast of tigers and eggs pheasants and birds. Extinct animals and animals on the verge of extinction are displayed as models outside the Nature Interpretation Centre. The Toy Train provides additional entertainment for the children. 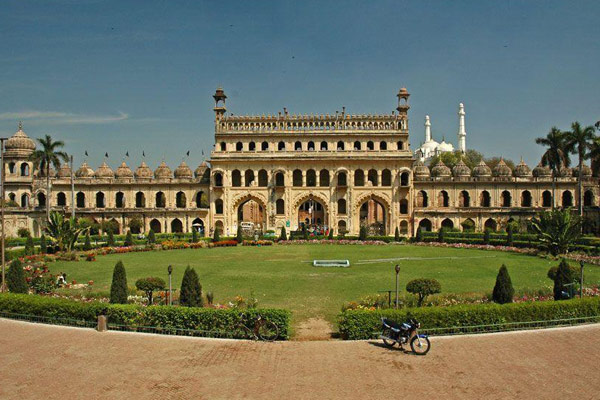 The Bara Imambara is the landmark of Lucknow. It was built in 1784 by Asaf-Ud-Daulah, the Nawab of Awadh as a part of a relief project.  The edifice contains getaways, mosque, courtyards and stairways. Muslims of Lucknow visit the place to celebrate the festival of Muharram. The construction of Bara Imambara is unique. The Central Hall of the Bara Imambara is said to be the largest arched hall in the world. It is 50 meters long and goes up to a height of 15 meters. What makes Bara Imambara stand out are the blocks that are interlocked with the bricks, without using the beams and girders. The incredible maze Bhulbhulaiya is a must visit in Bara Imambara. 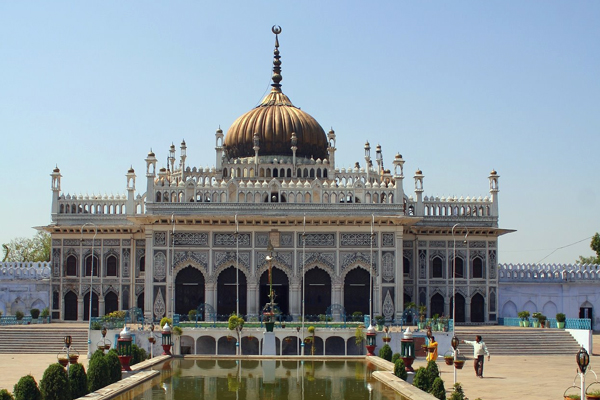 Chota Imambara is a place of cultural heritage in the city of Lucknow. It is located just near Bara Imambara. Chota Imambara was built in 1838 by Muhammad Ali Shah. It houses the tombs of Mohammed Ali Shah and his mother. The walls of the monuments are decorated with Arabic inscriptions. The marble and stone mausoleum with gold plating and striking gold interiors and silver throne make it even more stunning than Bara Imambara. The monument is blended with numbers of turrets and minarets. It is also surrounded by a beautiful garden. Chota Imambara is open all days of the week, from 6 AM to 5 PM. 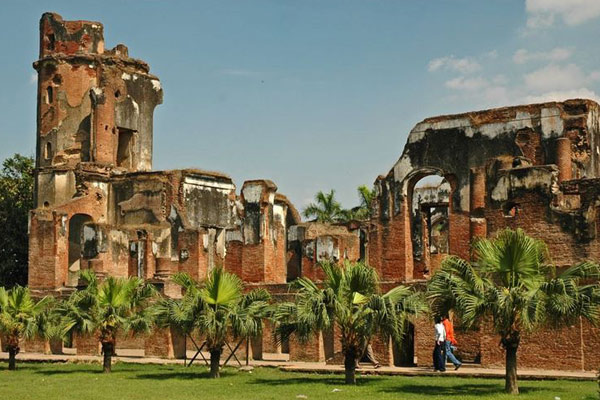 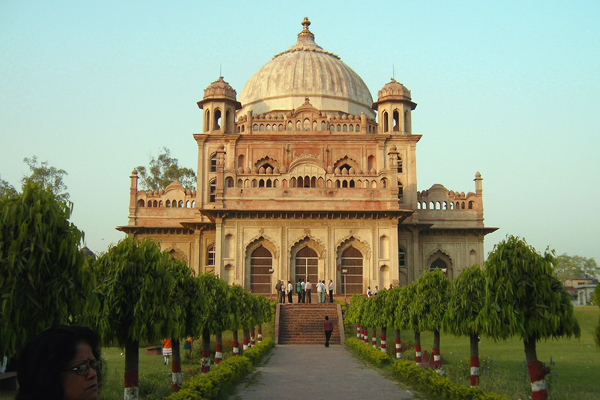 The Moti Mahal is one of the most beautiful monuments, not just of Lucknow, but also of India. It is also known as the ‘Palace of Pearls’. It was constructed by Saadat Ali Khan, the Nawab of Lucknow. The Nawabs would spend some leisurely time viewing birds and the surroundings. The Mahal is also surrounded by Shah Manzil and Mubarak Manzil. The Nawab Ghazi-Ud-din Haider later included these two buildings. The Nawabs would visit the place to watch animal fights and animal combat. 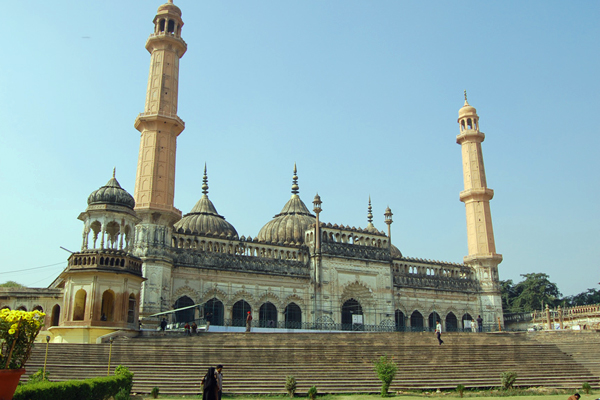 The Jama Masjid was constructed by Sultan Ahmed Shah in 1423. It is known to be one of the most beautiful mosques in Indian. The Jama Masjid is a symbol of love, harmony, unity, and culture. It is known for its intricate style of architecture and design. The domes of the mosques are no less than an architectural splendor. The carvings on the pillars are inspired by the Jain and Hindu culture. The place is of great religious importance in Lucknow, as Muslims gather here on all auspicious occasions. The tomb of Sultan Ahmed Shah is beautifully preserved by the authorities. Jama Masjid is open on all days, but avoid visiting during festivals as it becomes very crowded. 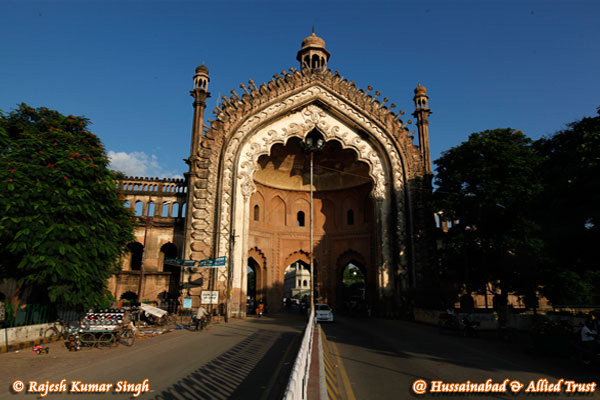 The Rumi Darwaza is another impressive architecture in India. It is one of the finest gateways built in Lucknow.  It was constructed by Nawab Asaf-Ud-doula. The Rumi Darwaza is a great example of the finest architectural style. It is also known by the name of Turkish Gateway as it is said to be identical with the gateway in ancient Constantinople. The uppermost part of the Rumi Darwaza comprises of an octagonal Chatri that can be accessed by a staircase. The huge lantern on top of the Rumi Darwaza lights up the structure at night, making it look fabulous. The little jets of the water rush out of the sides of the arch, making it look like a gateway to Paradise. 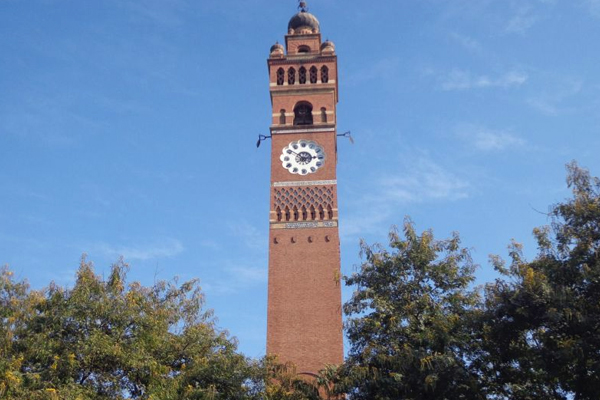 Standing at a height of 220 feet, the Clock Tower is the tallest tower in Lucknow. It is situated between the famous Bara Imambara and Chota Imambara. The Clock Tower is one of the finest examples of the English architecture. It was built in honor of Sir George Cooper, the Lieutenant Governor of United Province of Awadh. Pure gunmetal was used to construct this tower. The dial of the tower is shaped like a dozen petaled flowers with beautiful bells around it.

That’s all from us. Are there any places that we missed? Then please suggest us by commenting below.