Amsterdam is one of Europe’s top destinations. It is a city that demands exploration.  This instantly likable city is pleasant to walk around and appealing to look at. Amsterdam has some of the world-famous tourist spots like Van Gogh Museum, Anne Frank Huis and the Rijksmuseum. In addition to these, there are also a several royal palaces, canals and museums for you to visit.

Besides, Amsterdam also boasts of unparalleled nightlife with its designer bars and grand cafes. The palace also has classical orchestras and a platoon of great music clubs for the music lovers out there. There is a certainly a lot to see in this cosmopolitan city. Here are top ten places that you must visit on your trip to Amsterdam. 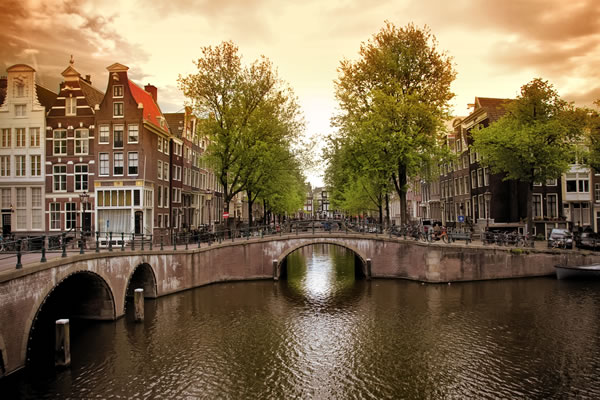 No visitor should miss the tour of the splendid canals of Amsterdam. This will give you a feeling of peace, freedom and space. Amsterdam Canal Ring was declared a UNESCO heritage site in 2010. These canals were built during the 17th century to control the flow of the Amstel River. With the arrival of transportation, hundreds of these canals were filled to accommodate the automobiles. However, even now Amsterdam has retained 165 of its historic canals. The waterways provide an attractive border to locales like the Jordaan, the Museum Quarter and the Pijp.  You can walk through these canal streets or take a trip by boarding one of the tourist cruises. It will surely be an experience to remember. 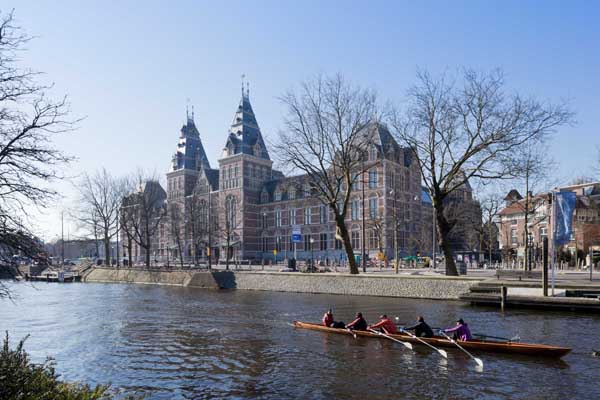 The Rijksmuseum is one of the most attractive museums not just in Amsterdam, but also in the Netherlands. The place is frequented by more than 1 million visitors every year. Even the number of artifacts in this museum equals to more than a million. The museums boast of a wonderful collection of  17th C. Dutch Golden Age masterpieces. The paintings in the Rijksmuseum Museum reflect the history and character of the Dutch. The sculptures and other antiquities are also housed in this museum as traditional furniture.

The Het Scheepvaart Museum is a captivating place to visit in Amsterdam, especially with children. The museum is housed in a former naval storehouse. This colorful museum will help you understand the history of a county which centuries ago was one of the world’s greatest sea powers. It houses an extensive collection of maritime memorabilia, comprising of naval combat, weapons, paintings and early shipping routes. There are around 500 models of ships and boats. A 17th-century ship packed with modern, multimedia attraction, and old maps is placed outside. 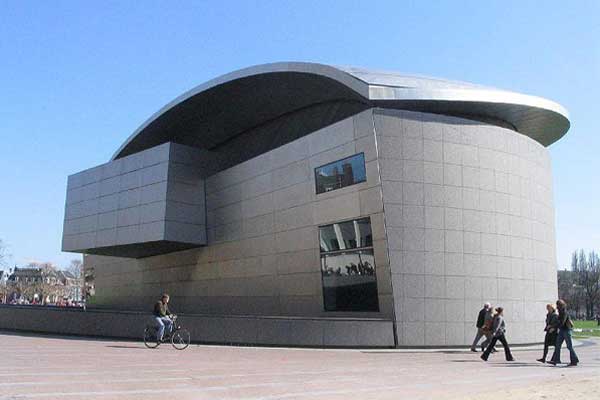 Van Gogh Museum is a modern museum of Amsterdam, housing over 200 paintings and 55 sketches of Van Gogh in all his moods. The museum also exhibits hundreds of letters by Van Gogh and works of his friends and contemporaries like Manet, Gaugin, and Monet. Getting in this museum will be a hellish experience for you. In addition, there are also Japanese prints and works by Toulouse-Lautrec. Try to purchase the ticket in advance so that you do not have to stand in the long queues. Or else, do yourself a favor and arrive early in the morning, as the queues in the afternoon can be frustratingly long. 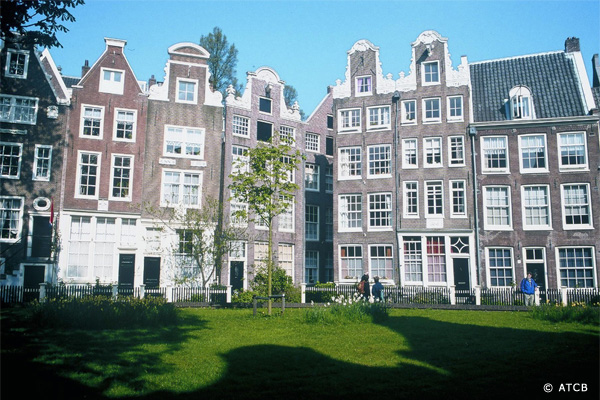 Begijnhof is a district in Amsterdam, occupying the center circle of the land in Amsterdam’s circular canal system. In this district lies a secluded garden and courtyard, where the bustle of the city fades into the distance. This charming and quiet garden is surrounded by old houses, which give this place an old town feeling. In the center of the town is the Engelse Kerk, the principal place of worship in the local English community. Another attraction of this place is the Begijnhof Kapel, a beautiful structure fitted with marble columns and stained glass windows. 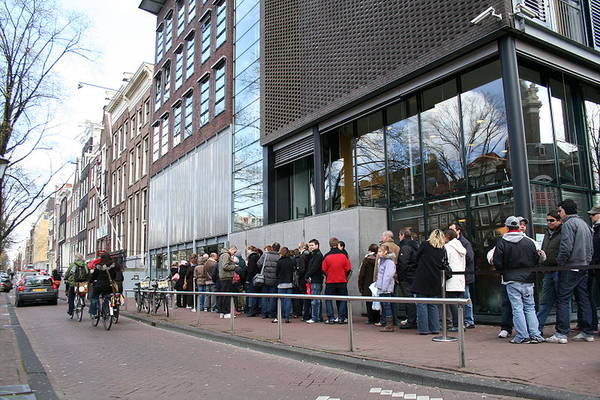 The Anne Frank House is one of the most visited destinations in Amsterdam. The place is situated on the Prinsengracht canal. This structure once hid the young Jewish girl Anne Frank and her family for two hours during the Second World War. A bookcase marks the entrance to the unfurnished room in which they lived. In the new wing, you will find an exhibition about the persecution of Jews during the war along with the charts displaying racism, anti-Semitism, and neo-Fascism. Visitors can also take a view of the room where Anne lived. To avoid standing in long queues, make sure you arrive early or book a ticket online.

If your child insists on having a Disneyland-like experience in Amsterdam, then take him to the Efteling. Efteling is one of the best-known theme parks in the Netherlands. The theme park draws millions of visitors from Holland every year. This theme park started out as a “Fairytale Forest” and brought famous fairy tale sagas to life. Throughout the years, the park has evolved into a modern theme park with modern attractions, a holiday park, and a hotel. The park is divided into four realms, each with specific attractions. If your child likes adventures, then the “Adventure Realm” will appeal to him, and if he likes haunted castles and forbidden cities, then he must visit the “Alternative Realm”. 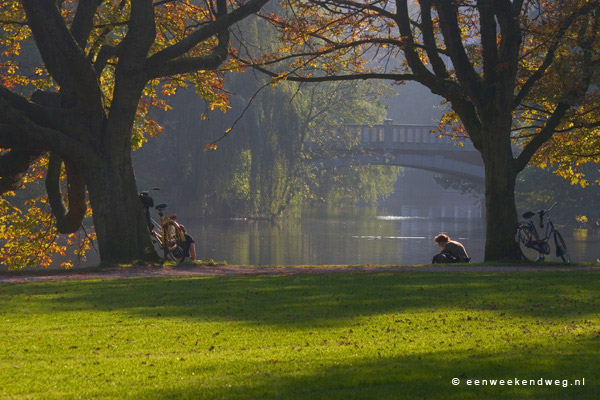 If you are looking for a picnic spot in Amsterdam, then head to Vondelpark, the largest green space in the city. It is located in the Old South District of Amsterdam. The park is named after the poet Joost van den Vondel. Tourists gather here in the summertime to smoke, drink and feast. The park also houses a number of sculptures by Picasso. You can visit the park to relax, bike along the pathways, play sports and eat a herring sandwich at the park’s Horeca facilities. Do not visit the park after dark, as it gets a bit scary. You can take a number of trams to reach this place. 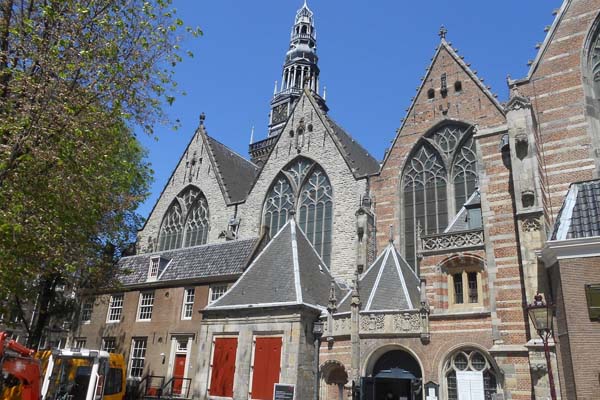 Oude Kerk is an old Protestant church in Amsterdam. The church began as a simple wooden chapel, but is now one of the most interesting churches in Amsterdam. The church had 38 altars in the mid-1500s. The original furnishing of this church was destroyed largely in the Reformation, but it has retained a 15th century painted wooden roof along with stained glass windows. The church has little houses clinging to its sides. Do not forget to watch the floor grave of Rembrandt’s wife Saskia, who died in 1642. There are also occasional art shows that exhibit a wide range of fascinating subjects- from local art to the World Press Photo Exhibition. 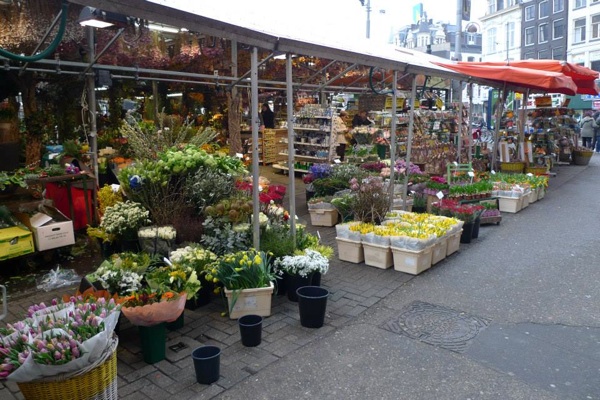 The Bloemenmarkt is the world’s is only floating flower market. This market is located between Muntplein and Koningsplein on the south bank of the Singel Canal. The market has a dozen of different florists and garden shops along with several souvenir stalls. This market is primarily designed to cater to tourists. The tulip bulbs in this market are also exported to other countries.

The best way to explore Amsterdam is on a bike. This way you can explore the best of this city. Hope you had a great time reading this article. You will have an even better time visiting the city. Do not forget to share your experience with us.