New York is the 27th most extensive and fourth most populous city in the United States. It is iconic, vibrant, eclectic, historic and untamed. There is something for everybody in New York City, only if you are willing to look.

New York boasts of not only soaring monuments and skyscrapers, but also some of the best fashion and nightlife scenes that capture the spirit and energy of the city. From uptown to downtown, there is a lot to see in New York. So much that it is nearly impossible to take in all that the city offers in one lifetime.

We have compiled some of the favorite sightseeing destinations to visit in New York. The article features the best New York museums, parks, historical venues and culture spots. 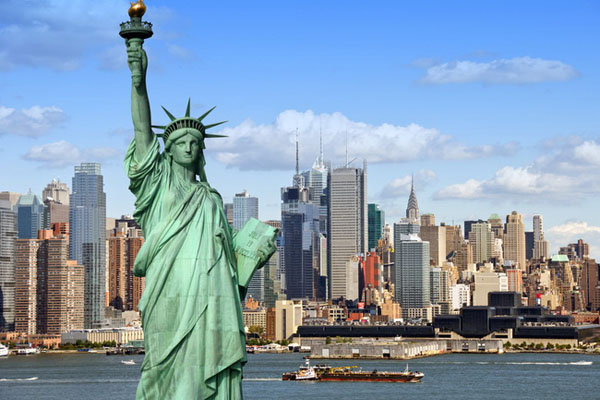 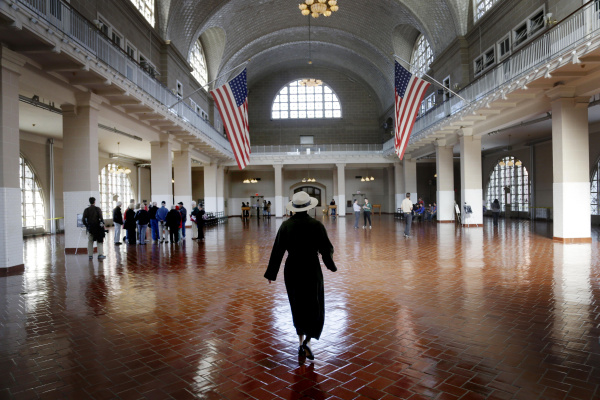 Ellis Island Immigration Museum is another tourist spot of the New York City. It offers a brilliant look into the immigrant experience.  It was the United States main immigration entry point for 62 years. Visit the “Treasures from Home” section to see the family heirlooms and mementos that the immigrant brought over on their journey. The walking tours exhibit the hardship and challenges faced by the immigrant in passing through the Ellis garden.  The museum can be accessed only via ferry. The first boat leaves at 9 am and the last boat leaves at 5 pm. The ferry charges 17$ per person.  To avoid standing in long queues, make sure you arrive early. 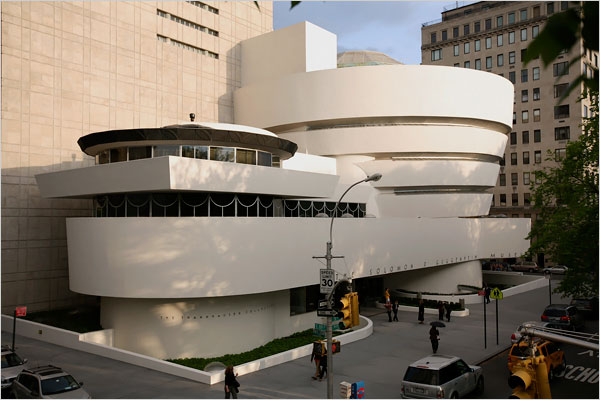 The Solomon R. Guggenheim Museum, or simply, “The Guggenheim,” is one of the most renowned art museums in the country. The Museum is best known for its innovative design and contemporary art. It is filled with some of the most prized pieces, including works by Miro, Picasso, and Kandinsky. The museum is located on the Fifth Avenue at the 89th Street. The best way to reach the Guggenheim Museum is by taking a train. The admission fee to the Guggenheim is $22 for adults. It also features ‘a pay what you wish’ policy from 5:45 to 7:45 p.m. 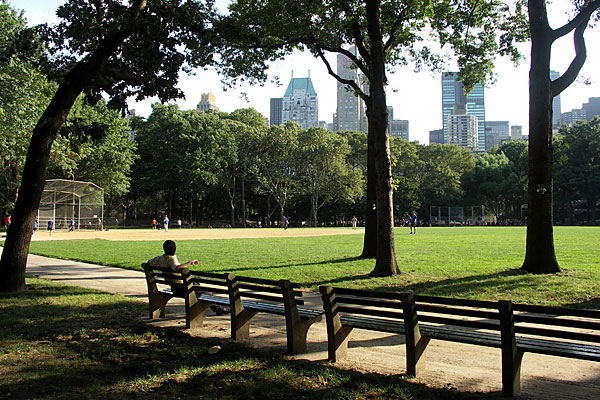 Central Park is a huge park located in the heart of Manhattan. The New Yorkers come to this park to exercise, to feel the fresh air and to escape the hustle and bustle of the city. The design of the Central Park has served as an example of the other city parks around the world. The Strawberry Fields are a major attraction of the Central Park.  You can take a walk, play chess, do fishing, ride bicycles or take a boat ride in the Central Park. The 21 playgrounds in this park are a boon if you are visiting the city with your children. There are also several notable attractions situated next to the park. You can also visit the Guggenheim Museum, American Museum of Natural History and the Metropolitan Museum of Art after taking a stroll in the park. 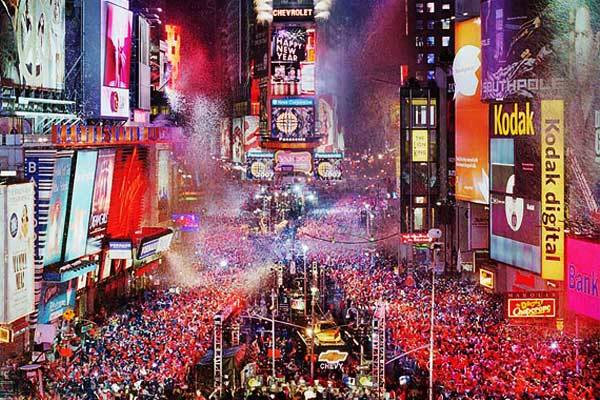 Times square is a commercial stretch from West 42nd to West 47th Street. This tourist magnet is exciting, colorful and a feast for all five senses. Daily, thousands of people visit the Times Square in search of half-price Broadway show tickets or to admire the  NASDAQ sign, the largest LED sign in the world. Millions of people swarm the square during the New Year’s Eve to watch the famed ball drop. Visit the brightly lit place post-midnight or after the dark to witness the hive of activity. You can also shop in flagship locations, take pictures with the wax celebrities at the Madame Tussaud’s or have a sumptuous meal at the Restaurant Row. 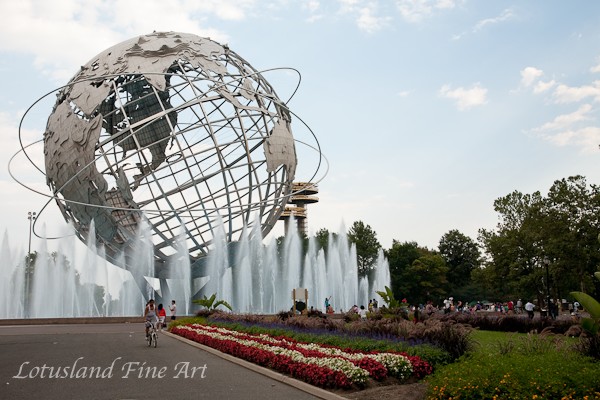 The Flushing Meadows Corona Park is the fourth largest park in the New York City. The park boasts of a range of worthy attractions like the Unisphere, the observatory towers and the Panorama of the City of New York. Other attractions include Queens Botanical Garden, Queens Zoo, New York Hall of Science, and the annual Hong Kong Dragon Boat Festival. 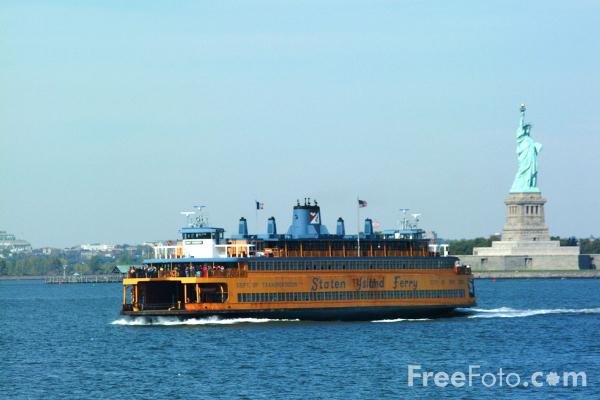 Staten Island Ferry is the single greatest free attraction on the Eastern Seaboard. It is a mode of transportation, but visitors hop on the ferry to see the amazing views of the New York Harbor and the Manhattan Skyline. The ferry carries around 10 million people across the harbor each year. It runs 24 hours a day and serves beer until midnight. You can take this ferry ride to visit the Staten Island Museum, St. George Theatre, Staten Island Children’s Museum, Noble Maritime Collection and Snug Harbor Cultural Center & Botanical Garden 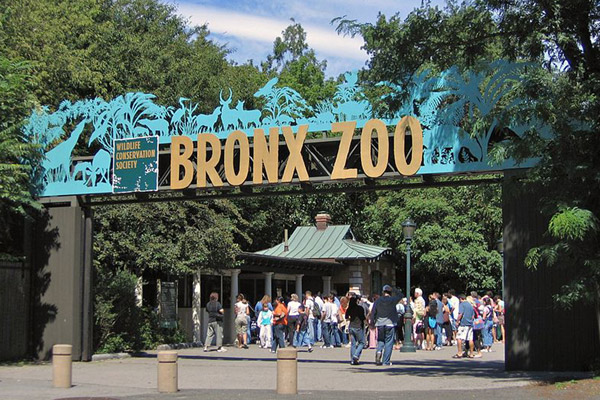 The Bronx Zoo is the largest urban wildlife preserve in the United States. The zoo is home to more than 5000 animals of more than 600 species. It has an integrated system of four zoos and an aquarium. Take a safari through the 6.5-acre Congo Gorilla Forest and meet the lemurs, crocodile’s and the baboons. The Komodo dragons are also a popular attraction of the city. If you are visiting the place with the kids, then make sure you take them to the Children’s Zoo and the Children’s Farm section where they can pet animals. The zoo opens every Monday to Friday from 10 am to 5 pm and an addition half hour during the weekends. It also offers ‘pay what you wish admission’ every Wednesday. 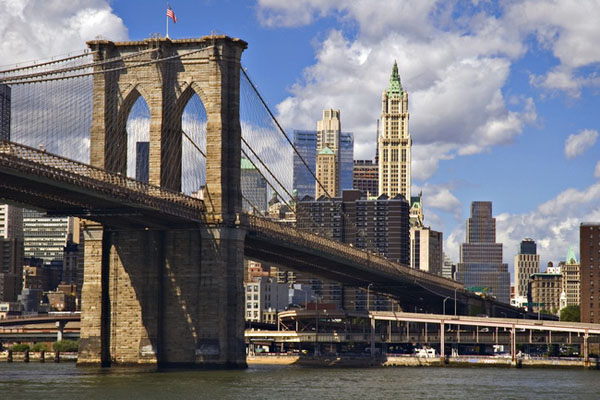 The Brooklyn Bridge is the world’s longest suspension bridge and one of the most recognizable structures in the New York City. The bridge is renowned as the first land passage between Manhattan and Brooklyn. The bridge has also featured in several movies and television shows. The main highlight of the bridge is the Japanese Hill-and-Pond Garden.  The best way to experience the bridge is by taking a stroll across it elevated pedestrian.

We think that everything in this city is worth the visit. Take a long leave from the work to explore this city in the best possible way.