Kerala is a state situated on the tropical Malabar Coast of Southwestern India. It is fondly referred to as “God’s Own Country” for its distinctive culture, traditions and unspoiled tropical beauty. In Kerala, every season is a festival of colors and music. The place is well known for its elaborate temple festivals, awe-inspiring hill stations, calming beaches, tranquil backwaters and elephants.

The unique culture and traditions of Kerala coupled with its demography has made it a perfect place for leisure vacation. Monsoon is an enchanting experience in Kerala. It is at its best during the months of June, July and August. The heavy rains in the vast greenery, in the snowy mountains and in the backwaters is a must see for a nature lover.

The places in Kerala are divided as per the season- for example- Munnar in Winter, Wayanad in summer and Trivandrum during the monsoons. Though every region of Kerala is full of attractions and scenery, some places are counted as must visit. Here is a small list of 10 places that you should visit on your trip to Kerala. 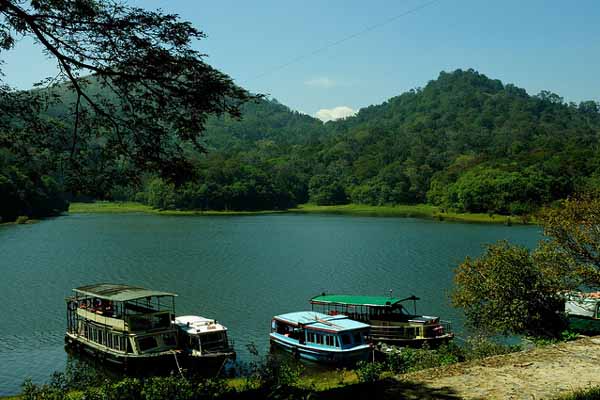 Thekkady is a famous tourist attraction in Kerala. The mere word Thekkady conjures up the images of elephants, spice scented plantation and unending chains of hills. It is located about 257 km from Trivandrum, near to the Kerala-Tamil Nadu border. The Periyar Wildlife Sanctuary in Thekkady is famous for its dense, moist, deciduous and savanna grasslands. It is a home to a herd of tigers, elephants, gaur, Nilgiri Langurs and lion-tailed Macaques. The splendid artificial lake formed by the Mullaperiyar Dam adds charm to this sanctuary. Adventurous souls can visit Kurisumala, the best place for trekking in Thekkady. Coffee fans should definitely visit Murikkady’s cardamom, coffee and pepper plantations. 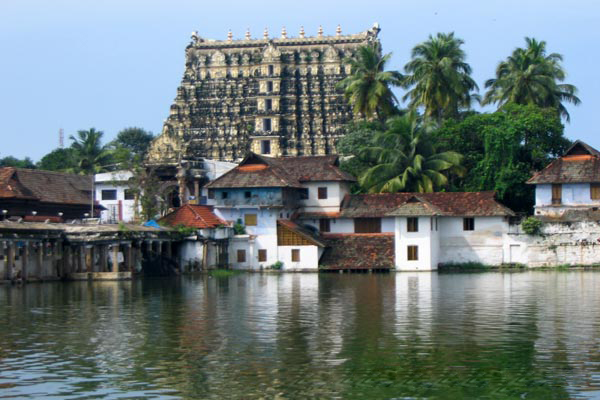 Padmanabhaswamy temple is located in the center of Thiruvananthapuram, the capital of Kerala. Unlike most of the religious temples, the architecture of Padmanabhaswamy temple is a blend of Kerala and Dravidian style. A noted Travancore kid, Marthanda Varma did a renovation to the temple that resulted in the present day grand structure. The presiding deity of this temple is Vishnu, enshrined in the eternal yogic sleep on the hooded serpent (Anantha). Many customs inside the temple resembles royal traditions and rites. The devotees of this temple have to follow the dress code, so make sure you follow one. 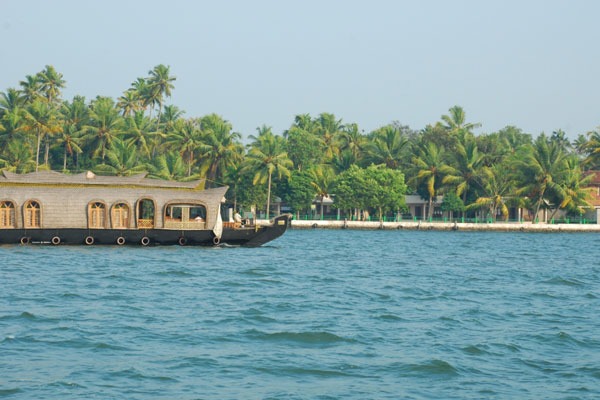 Vembanad is the largest lake in Kerala and one of the largest in India. It is a part of the extensive wetland system with the largest source of surface water. The number of rivers flowing into the lake makes it more vast and deep. The lake is a popular picnic spot among the locals. It provides fishing, boating and sightseeing that is extremely exhilarating. The celebrated Nehru Trophy Boat race is conducted on Kochi Lake, one of the portions of the Vembanad lake. It is a treat to watch the oarsmen slicing their way through the waters. The Kumarakom Tourist Village also offers holiday packages and houseboat cruises for visitors to stay. 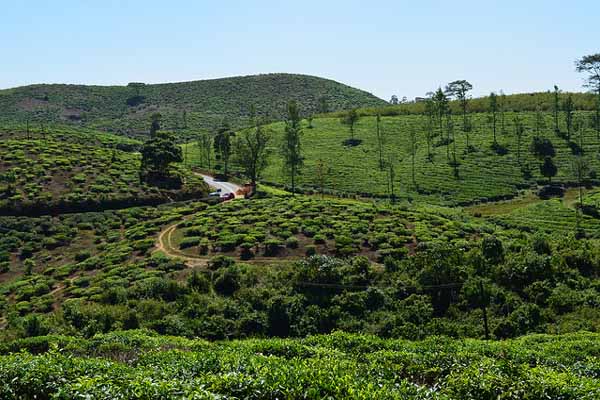 Mattupetty Dam is a storage Concrete Gravity dam built in the mountains of Kerala. It is located near Munnar in Idukki District. The dam was constructed with the purpose of conserving water for hydroelectricity. Mattupetty Dam is a vital source of power in Kerala and yields huge revenue to the state. The water allows wild animals and birds to flourish in the environment. This dam is a delight for the nature lovers. Besides the green tea plantation, Mattupetty offers several other fascinating sights for you. The Shola forest in and around Matupetty is ideal for trekking. It is a habitat to a variety of birds as well. Rivulets and cascades along the terrain add more attraction to the place. You can also take a boating ride on the lake beside the Shola Forest. 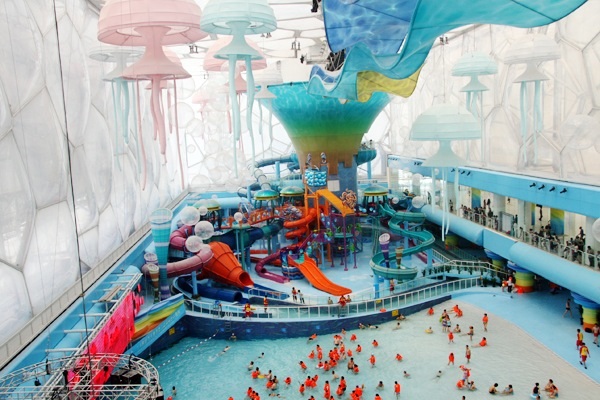 Veega Land is a popular amusement park in Cochin, Kerala. It is perfect place to escape the hustle and bustle of the city.  Veega Land is situated on the top of the hill, allowing the viewers a beautiful view of the surroundings. The rides here are classified into Family rides, Hair raising rides, Water rides and Kiddies rides. There are also fine restaurants in the amusement park where you can indulge in fine delicacies of Kerala. Veega Land will make a great getaway for you and your family. Do not miss the Bumping Cars, Laser Show and Musical Fountain in the Veega Land. 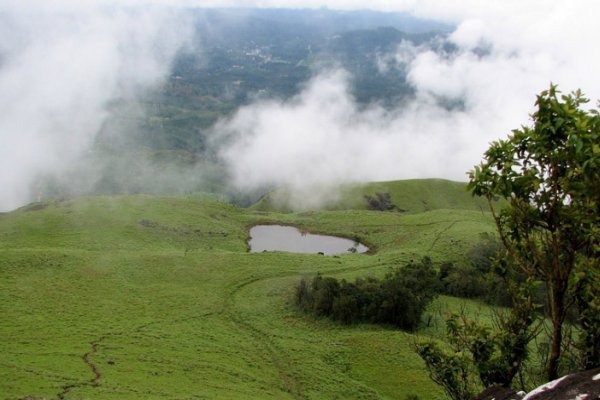 Chembra Peak is the highest peak in Wayanad in the Western Ghats. It is located near the town of Meppady. This hilly district is different from the regular hill station. Chembra Peak can also be accessed by foot from Meppady. You can get trekking equipment and guides from the District Tourism Promotion Council. The trekking offers small trails that can be finished in just one day. Remember, it is necessary to take permission from the forest office in Meppady for trekking up to Chembra Peak. The heart shaped lake is a major tourist attraction. It is believed that the lake has never dried up. 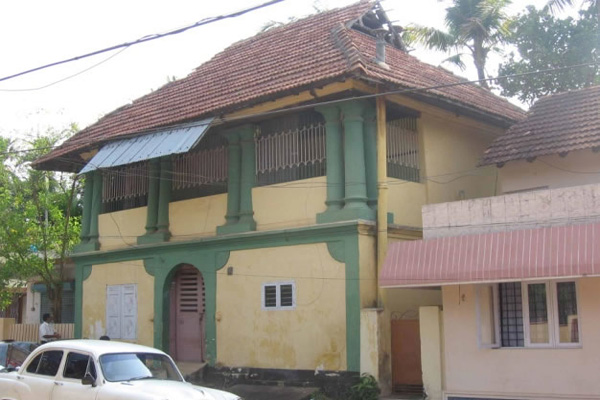 The Paradesi Synagogue is the oldest active synagogue in India and in the Commonwealth of Nations. It is also known as the Cochin Jewish Synagogue. It is located in Kochi, Kerala. Paradesi Synagogue is one of seven synagogues of Cochin Jewish community in the Cochin. The synagogue was built by Sephardic or Spanish-speaking Jews in the year 1567. The beautiful and decorative interiors reflect the traditions of many cultures that flourished along the trade routes in the region. The synagogue has three classes of members- Black Jews, White Jews and Meshuchrarim. 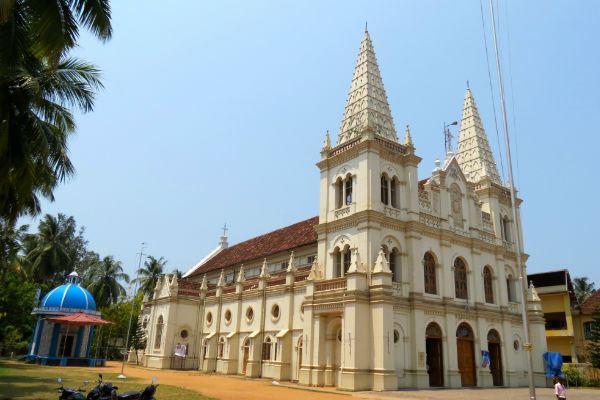 The Santa Cruz Basilica at Fort Kochi is one of the eight Basilicas in India. It serves as the Cathedral Church of the Diocese of Cochin. The foundation of the church was laid by the Portuguese and was elevated to a Cathedral by Pope Paul 4.  It is one of the finest churches of India and is counted as one of the heritage edifices of Kerala. This artistic church has the colors of the gothic style.  Santa Cruz Basilica is a place of both devotion and historic significance. It has tourists all year round. 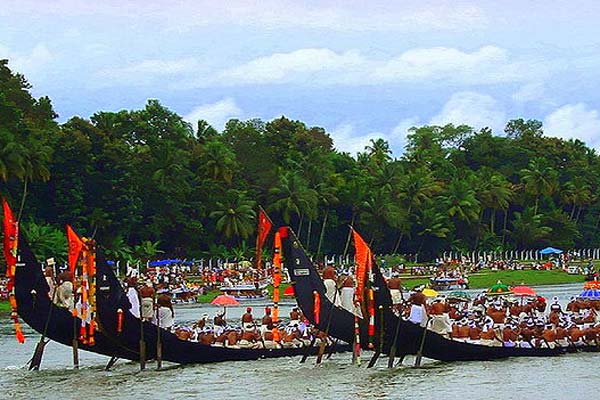 You have to witness the Nehru Trophy Boat Race when in Kerala. Nehru Trophy Boat Race is the most popular of all boat races in the world. The synchronized way of rowing the snake boats makes a beautiful spectacle. The boat race was held for the first time to commemorate the visit of Jawaharlal Nehru, the first Prime Minister of India to Alappuzha. The race is held every year on the second Saturday of August on the placid water of the Punnamada Lake.  Several snake boats compete for this trophy. 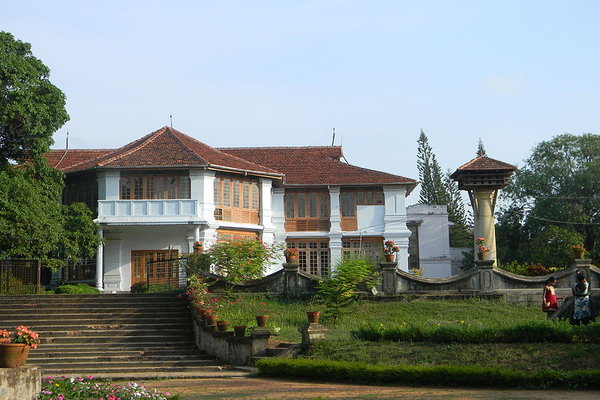 Hill Palace is the largest archaeological museum in Kerala. This elegant looking museum consists of 49 buildings in traditional archaeological style. The palace has a museum, a deer park, a children’s park and a prehistoric park. The campus has several rare species of medicinal plants. The museum is open all days except Mondays. Visit the museum from 9 am to 1 pm and 2 pm to 5 pm. The museum is approachable by both road and rail.

It was very difficult to narrow down the list to just 10 places considering that the entire state is amazingly beautiful. One suggestion I would like to give is that take a long leave so that you can maximize your stay in the place and experience the beauty and bounty of nature.