Los Angeles, officially the City of Los Angeles, is a major city in Southern California region. It is the second-largest city in the United States with a population of 3,792,621. Los Angeles is best known for its ethnic diversity, traffic, Mediterranean climate and film and television industry.

The list of places to visit in Los Angeles is as vast as the city itself.  This place has an array of attractions to offer to its visitors. If you are a movie buff, then you must not miss the Hollywood sign, and if you are an art lover, then you could spend the entire day at the museums alone. If you are a beach lover, then you can opt for a day on the shores of ‘Venice Beach’, Santa Monica Pier and Beach or Zuma Beach. Some other popular attractions are TCL Chinese Theatre and Paramount Pictures, the only television and film studio in Hollywood. Here is a list of 10 best tourist spots to visit in Los Angeles. 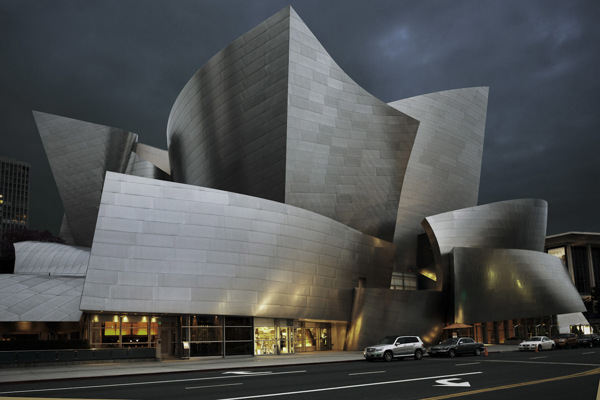 Walt Disney Concert Hall is the fourth hall of the Los Angeles Music Center.  It is the crown jewel of the Los Angeles Music Center. The community center is renowned for presenting the best in classical music, world music, jazz and contemporary music. Walt Disney Concert Hall Community Park is considered one of the most sophisticated concert halls in the world. It is the home to internationally acclaimed Gustavo Dudamel and LA Master Chorale. It has a striking stainless steel exterior, which goes extremely well with the hardwood-paneled main auditorium.  The community hall holds orchestra shows from artists all over the world. Audio tours and guides are free in the hall and are offered several times a day.

Do you want to experience a bit of Mediterranean while staying in the United States of America? Then you should visit the Catalina Island. Catalina is a rocky island off the coast of California.  It is said that the island was formed due to the volcanic activity on the floor of the Pacific Ocean millions of years ago. Catalina Island is very different from other islands of California. The charm of this island is unpretentious and laid back. The only downside of this island is that you have to get on a ferry boat to get there, which may not appeal to you if the city lights do not excite you. The island is reputed for a unique variety of trees, wildflowers, mammals, insects, reptiles and birds. 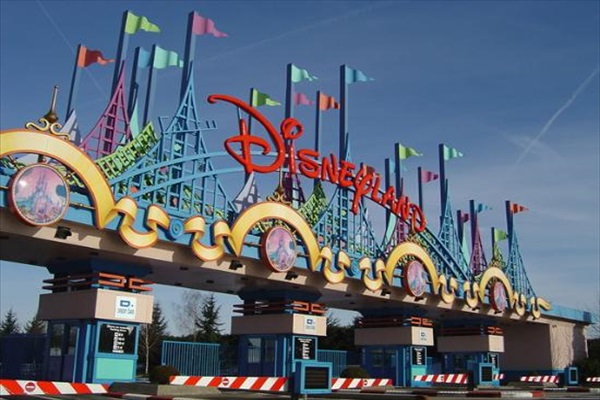 You can never be too old for Disneyland. All your favorite cartoon characters will come to life in Disneyland. Step into the wooded home of Winnie the Pooh and have a gala time with his friends. You can also go behind the scenes at the Fantasyland to chase Mickey Mouse, the iconic cartoon character. Some of the best rides of Disneyland are Space Mountain, a stomach-churning ride, and the epic Indiana Jones Adventure. There are also several shows, parades and daily fireworks held every summer. Next to Disneyland is the California Adventure Park where there is a collection of rides based on animated films. 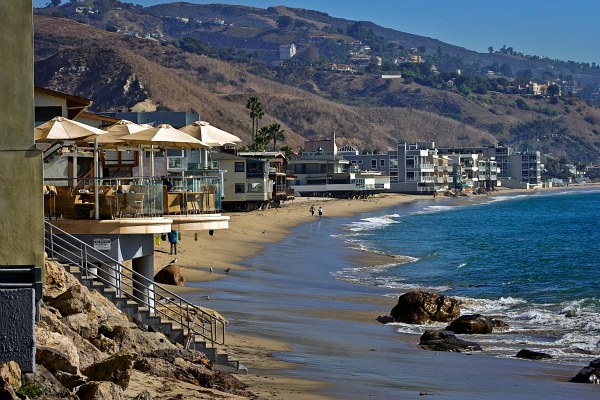 Malibu is a beach city in Los Angeles, California. The Malibu Coast has exemplified the Southern California beach culture. Fondly named as “the Bu” by the locals, the Malibu Coast is famous for its warm sandy beaches and beautiful landscapes. It is also reputed for being the home to many of the Hollywood movie stars. This “27 miles of scenic beauty” is heaven for beach lovers. Some of the popular activities to indulge on the Malibu coast include river rafting, water sports, and swimming. 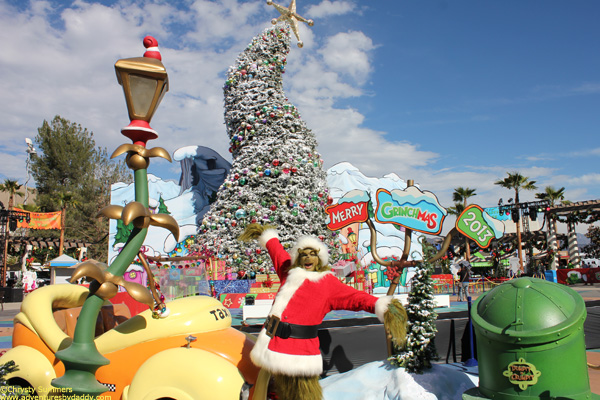 Universal Studios Hollywood is one of the most popular attractions in the Los Angeles. It is located in the unincorporated Universal City. Universal Studios Hollywood was created to provide tours of film sets and sound stages. It features rides and amusements based on popular movie characters and scenes. Take the famous tram tour to the exotic world of the Jurassic Park. Kids will be thrilled to see their favorite movie and cartoon characters roaming in the park. There are also plenty of hair-raising rides like the “Transformers: The Ride-3D”. Kids will love the “Despicable Me Minion Mayhem”, a 3-D motion simulator with a minion dance party. It is recommended to purchase the Front of Line pass online to avoid standing in long queues.

The Santa Monica Pier and Beach is a double-jointed pier located in Santa Monica, west of downtown Los Angeles. The Pier is home to more than 100 species of plants and animals. The chief attractions on the pier include the Pacific Park, Trapeze School of New York and Ocean Front Walk. Pacific Park is an amusement park with rides for both kids and adults. The Trapeze School of New York offers a fun-filled class in the ocean world. The Ocean Front Walk is a wide paved footpath lined with shops and restaurants. You can also visit the ‘Santa Monica Pier Aquarium’ to obtain some marine education. It is located just below the Carousel at the Santa Monica Pier. You will get a unique view into the ocean world in just some steps from the Aquarium’s door. 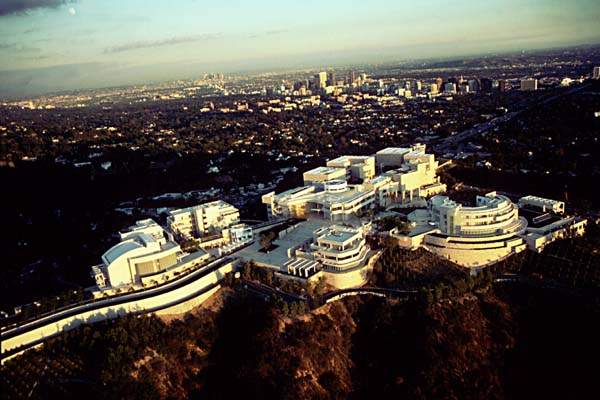 The Getty Center is one of the most impressive museums in the United States. If you have a knack for decorative arts and photography, then you should visit this place. It has a wide range of impressive works, from the Renaissance to the present day. The museum houses several paintings by Rubens, Gainsborough, Monet, Cézanne, Van Gogh and Renoir. Byzantine illuminated manuscripts are housed on a modern campus amid the ‘Santa Monica Mountains’. You will also get a beautiful view of the Los Angeles on clear, sunny days. 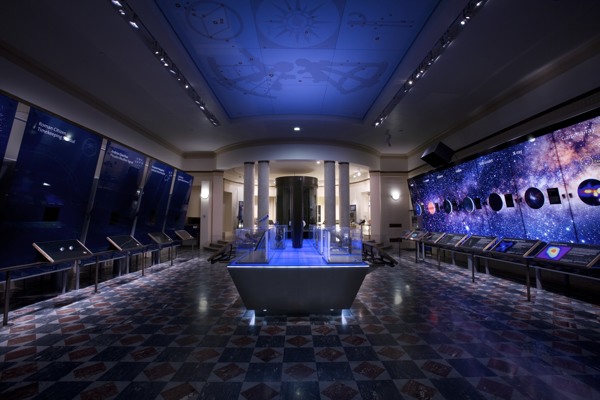 The Griffith Observatory, as the name suggests, is an observatory located on the south face of Mount Hollywood. The observatory hosts fascinating exhibitions and planetarium. The Hall of the Sky and Hall of the Eye are complementary displays that explore the connection between people and the space. The beautiful setting and free entry are one of the main reasons for visiting the Griffith Observatory. The park features 50 miles or biking and hiking trails and numerous waterfalls. There are also lagoons for a quick swim. The park is open to the public seven days a week from 5 am to 10:30 pm 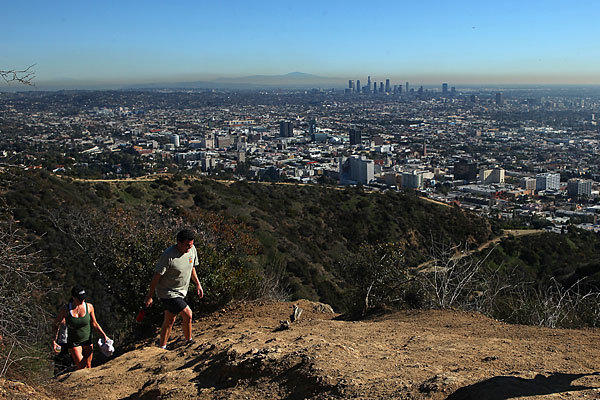 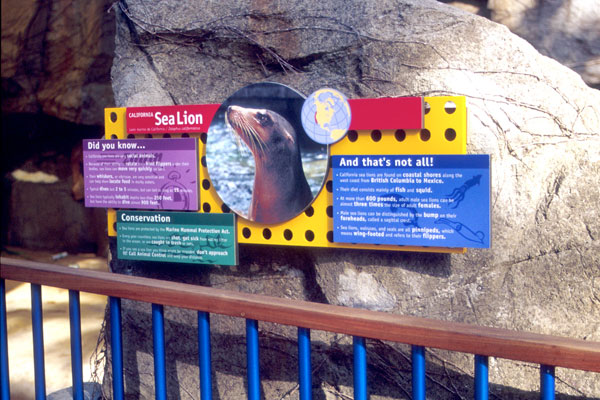 The Los Angeles Zoo is a 133-acre zoo located in Los Angeles, California. The zoo was originally called the Griffith Park Zoo, but the name was later changed to the Los Angeles Zoo due to the expansion of the area. The botanical garden has over 800 different places species and 7400 individual plants. The popular attractions include Chimpanzees of Mahale Mountains and Campo Gorilla Reserve.